I´d like to boast about my sporting prowess, all the medals I have won and records I have broken – only one problem, it´s just not true. I was the wimpy kid at school who always got picked last, even the smokers did better than me at cross country. Despite that, I love watching sport and with Canarian Weekly giving me free reign to cover as many different varieties as possible, I´m like Olly Reed in a brewery. 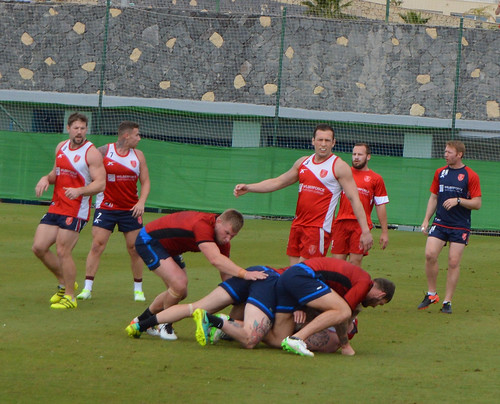 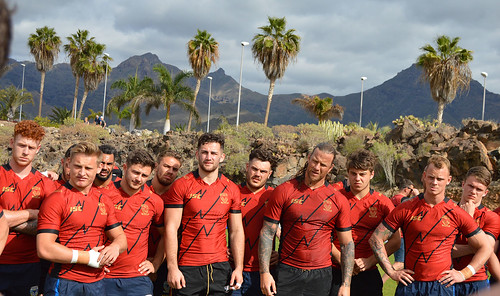 Tenerife is a magnet for professional sports teams and individuals, especially when the UK winter sinks its teeth into any bare flesh displayed in the name of competition. Arriving at T3 (Tenerife Top Training) in La Caleta to cover Hull Kingston Rovers training camp I was overjoyed to find that Warrington Wolves still had a day left of their 10 day trip and had arranged a training game against Hull KR. I had to brush up on my flimsy rugby league knowledge, the only live UK I had seen was at Wigan Warriors on a very boozy lads holiday up north – when I was still a lad. 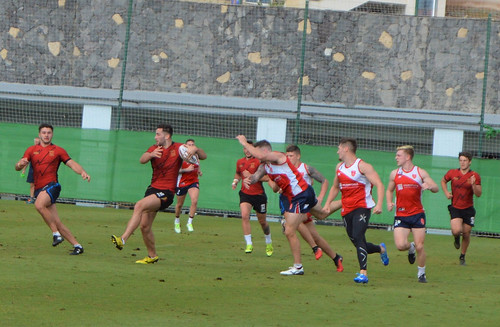 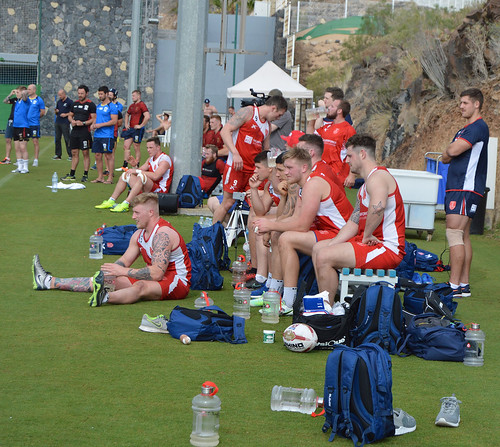 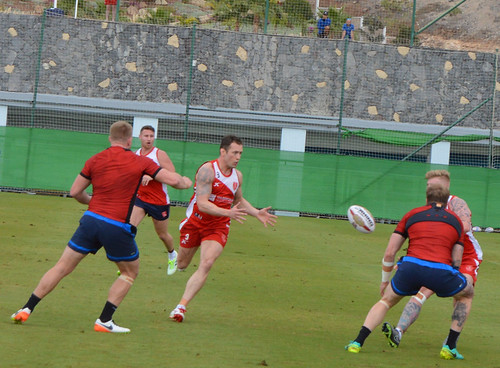 Both squads and management were very helpful and the T3 complex is always a joy to visit, the two swimming pools always make me wish I´d brought my budgie smugglers. Warrington finished last years Superleague in second place while Hull KR (white corner on shirt)  were relegated to the Championship. There were a few clues to who was the higher placed club, Warrington (crimson red shirts)  had a bigger staff including two female masseurs who were treating players at two tables at pitchside, part of that could have been down to their stay being twice as long. 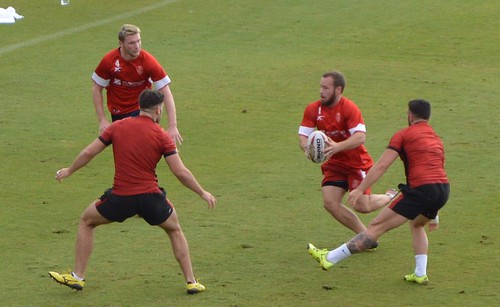 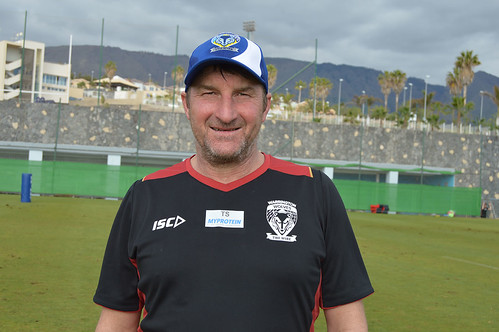 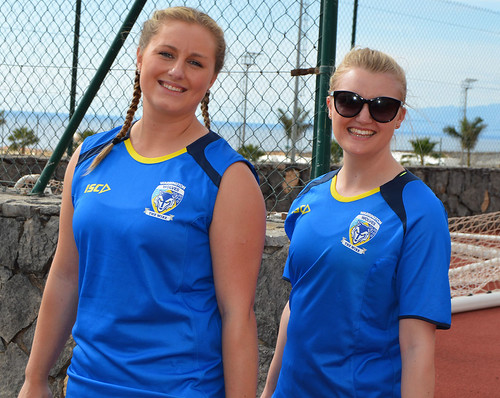 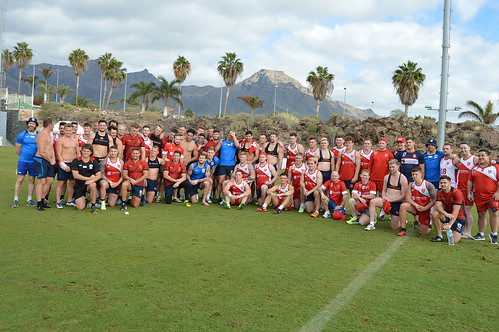 The game was played over two 20 minute halfs and was decided on tries, Warrington ran out 3-1 winners, but for both teams it was more about getting ready for the new season. Both squads had some powerful looking players, if they say it´s Tuesday then it´s Tuesday. Warrington coach Tony Smith (above with hat) was referee and laid down the guidelines before they started, basically competitive without getting too carried away -injuries were not part of either coaches plans for the visit. This was very much a working holiday, both coaches talked of the odd team meal out rather than the usual rush to Las Americas that most football teams seem to favour. It was a nice insight for me to see how rugby league teams run and left me with great admiration for both clubs. 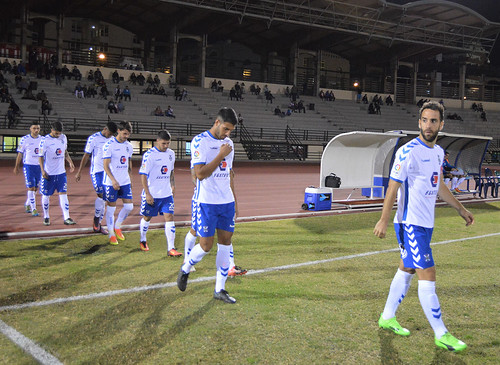 The evening brought a change of sport and venue as I headed to CD Marino´s ground in Playa de Las Americas to see my beloved CD Tenerife take on a southern select side made up of players from the Tercera Division and Preferente League. It was a charity fundraiser for the people of Venezuela, there have always been close ties and movement of people between Venezuela and the Canary Islands. I expected a bumper crowd as it has been a few years since CD Tenerife played in the southern tourist zone but it was probably around 500 people. Some of my Armada Sur friends met up at The Whisky Jar but I was down at pitchside getting ready to prowl the touchline with my camera. The team sheet gave a clue as to what was to come, the Tenerife list had 33 players and even then there were others with unlisted numbers. 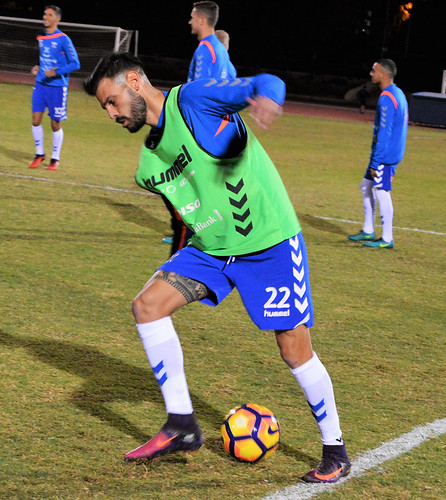 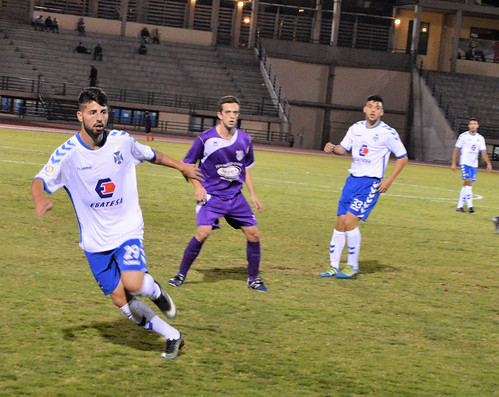 The big draw was to weigh up Tete´s new loan signing from Las Palmas, Tyronne (no 22) , from the start it was clear he wasn´t rusty from not getting regular games witht he Pios. Playing up front he looked strong and fast and created several chances for his new team mates. Choco Lozano was sharp and cracked in a stoater of a shot into the top corner of the goal after36 minutes. Half time brought wholesale changes, Angel Galvan got a chance in goal but had little to do, Oscar Gonzalez and Giovanni from the B team caught the eye, and Cristo Gonzalez was trusted with the captains arm band. With Tyronne going off after 59 minutes some of the fizz went out of the game but the young guns were keen to stake a claim. Giovanni showed his skills to set up Oscar for a 65th minute second goal, and when Giovanni had a one on one with the select goalie he slipped the ball sweetly past him for a 79th minute, game clinching third goal. 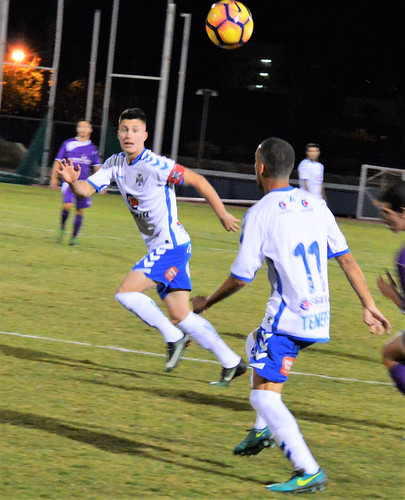 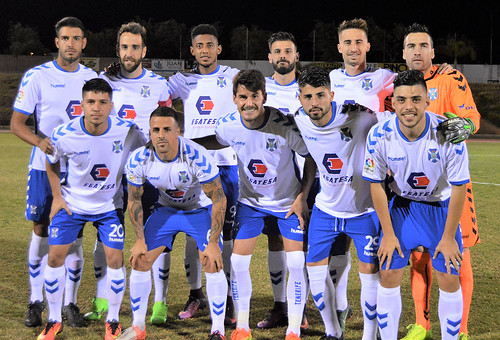 The charity organisers were well supplied with a seemingly endless list of donated raffle prizes, and non perishable food was also donated, near the stadium exit there was a tower of boxes full of long lasting food and supplies to ship out. All in all it was a mighty fine day, there was onmly one way to cap it off, a few Dorada´s at The Victory bar and I was able to wobble up the hill with a satisfied smirk on my face.