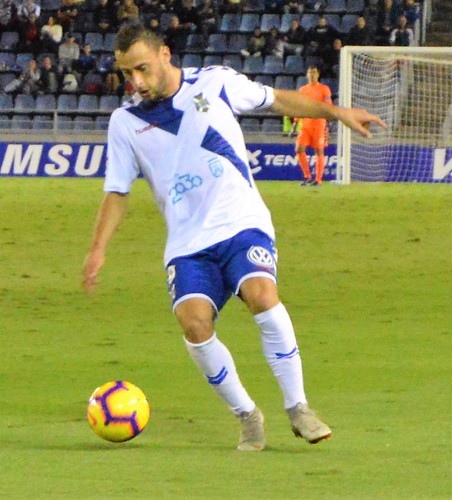 Give up this, that, and everything. It’s that time of year when those smug promises get right on your pip. Thank goodness CD Tenerife showed that giving up is not on their agenda, this was a spirited and defiant start to 2019 for a 2-1 home victory over an Elche team just above them in the lower half of the table.
The squad looked smaller than ever as Bryan Acosta tied up his big money move to Dallas FC, and several fringe players were politely encouraged out of the exit door, ready for some January transfer window arrivals. There were some towering performances from those left behind, in particular Jorge in defence, and Malbasic at his bruising best up front. There were a few early jitters, Benja flashed a shot wide of the home goal, and 10th minute injury replacement Manu, continually exposed Raul Camara at right back. Tenerife refused to be ruffled and got better as the game went on, Suso had a full head of steam and led by example, Milla was cool and composed, and Malbasic looked hungry for the ball. 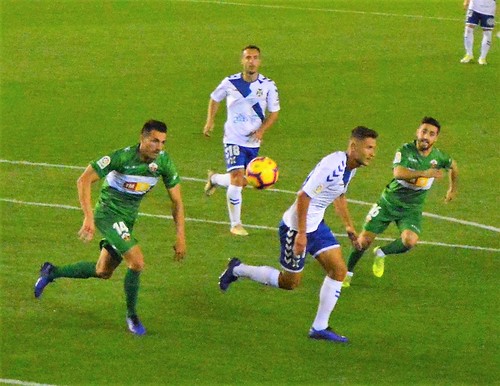 The 22nd minute opener for Tenerife was a class act, starting from a Dani Hernandez clearance, the team stroked the ball upfield until a perfect pass from Milla found Malbasic who crashed the ball past the keeper. Former home legend Nino was honoured before the game for his past heroics in the white shirt but he looked to be nearing the end of his career, Benja was by far the greater threat, he beat Alberto but was denied by a crisp tip over from Dani. It marked a busy spell for the goalie as he forced Flores to fire wide. Just after the half hour a speculative Elche ball into the area caught Alberto on the turn and he deflected it with his hand to give away a penalty. Torres converted the kick to send the teams in level at the break. 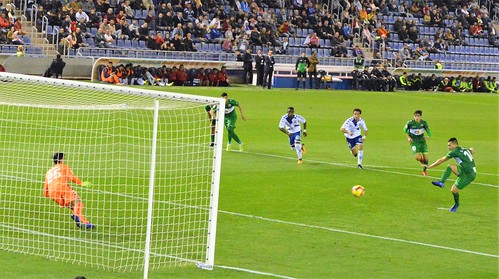 Tenerife came back out charged up and gave goalie Francis plenty to deal with. Luis Milla crashed a shot against the post, the woodwork has been a saviour for several visiting teams this season. Suso went on one of his determined runs and squared the ball to Naranjo who tried a scissor kick shot that would have been spectacular if it hadn´t found the keepers body. Naranjo should have done better with his next effort, this time hitting it tamely into the side netting. On the hour a set piece undid Elche, a floated ball from Milla into the box was met by a majestic glancing header from Jorge to make it 2-1. There was no resting on the advantage, Montañes and Undabarrena both went close. Nano replaced Naranjo and nearly cashed in after Malbasic powered through the defence and laid the ball off. The sub must have thought he was cursed when a few minutes later his kick came back off the post and he got a head to it but couldn´t steer it past Francis. 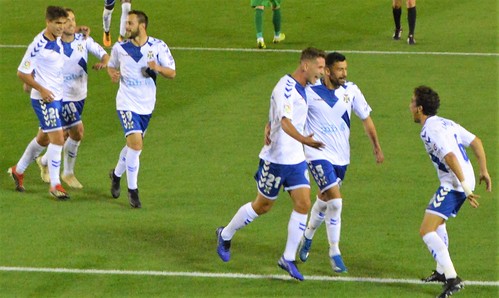 Carlos Ruiz got a run out in place of Suso, and Joao Rodriguez had to make do with just the last three minutes action but a booking for Suso takes him to a suspension, that should give the Colombian an extended outing at Real Oviedo. The win was enough to lift Tenerife to 16th place, but just as important it lifted the 9,859 crowd with hints of better times to come.