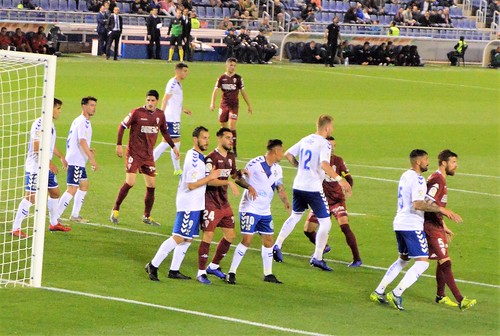 On the 12th minute mark, the Heliodoro stadium became a sea of swirling flags and scarves in tribute to super fan El Barraquito (Damian Fleitas), who died a few days before. At the final whistle, the ground became a low tide of despair and disbelief after an inept performance saw CD Tenerife lose 0-2 to struggling Cordoba. Good and bad runs often overlap for the Santa Cruz faithful, but ending a three game shut out and recording a third straight game without scoring was hard to swallow for the 12,596 crowd. 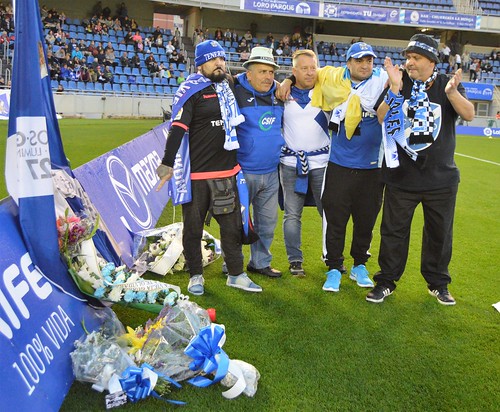 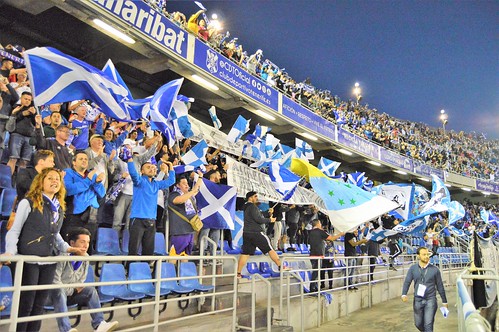 Luis Milla was out suspended and losing his influence in midfield was a huge blow but didn´t account for the negative approach, particularly in the first half. Undabarrena played like a crab in his deep midfield role, sideways and backwards became the home pattern when Tenerife should have torn into the second from bottom visitors. Cordoba were encouraged to have a go and found room on their left against a hesitant Luis Perez. The danger was evident after Dani Hernandez blocked a shot at the post after Naranjo had dropped back and put a half hearted clearance into the path of De Las Cuevas. The forward tried again soon after and drew a diving save from Dani. The home attack was in a shy mood, Naranjo hiding out wide, Malbasic taking one touch too many when he got the ball, and Suso struggling to make an impact. 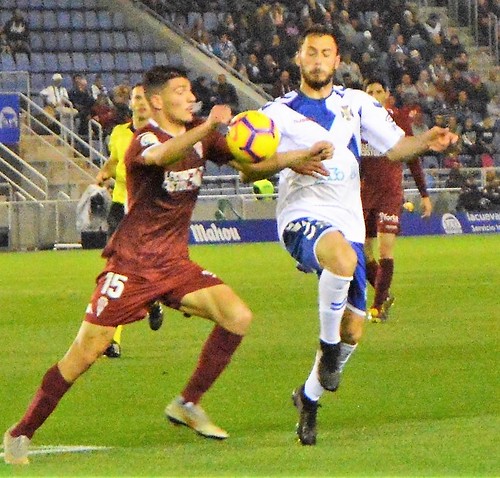 Borja Lasso made a couple of decent chances for Tenerife and they could have rode out the first half all square if their marking had been better. After 38 minutes a corner from Aquado was headed on by Flaño to Herrero at the post to squeeze past Dani Hernandez with a header. The second half started more promisingly, Borja slipped a little before unleashing a long shot, and Suso started to cut inside from the right to worry the visiting defenders. Malbasic managed a good run and put the ball across the face of the Cordoba goal, sadly there were no takers to finish it off. Alberto put a header over the bar as the Cordoba players began to drop easily to waste valuable time and hold onto their lead. Suso got in behind two Cordoba defenders and looked mightily frustrated when his ball into the box was snapped up by the goalie. 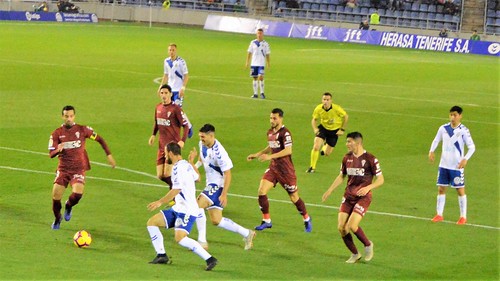 Coniglio, was given 30 minutes to impress when he replaced Naranjo, but the Argentinian striker didn´t make the most of it. Jorge pressed forward to help the search for an equaliser, a weak shot at the keeper was his best attempt. Another January transfer window addition, Isma Lopez, made his debut, taking over from Undabarrena, and tried to open a channel from the left of midfield. Tenerife were making a few openings but Cordoba had an eye for a break and picked up a free kick a little way outside the Tenerife box. The defence hadn´t learnt from the opening goal and were powerless to stop a well struck goal from De Las Cuevas. The ref wasn´t making things easy for Tenerife, he booked six home players and added a comedy moment as goalie Lavin slipped when walking backwards, he blew for a Tenerife foul even though there was no home player near.

A late bid for redemption saw Tyronne on for defender Perez but it didn´t bring the turnaround, even 5 minutes of injury time couldn´t ignite Tenerife. Coniglio got within sight of the Cordoba goal but defender Quintanilla held him off easily, making the forward look like a light weight. Not a good end to a turbulent week, that saw Jorge sign a 4 million euro pre contract deal that will see the defender move to Valencia in the summer for 5 seasons.