His keys, his wallet, or his mobile. Jose Luis Oltra may forget them all at some time in his life, but he will never forget his 150th game as coach of CD Tenerife. It must have been purgatory as his team slipped to a 0-2 home deficit against Mallorca and 462 minutes without a goal. Thankfully Serbian midfielder Racic became his friend for life by belting a 71st minute lifeline goal to set them on the road to a 2-2 draw. 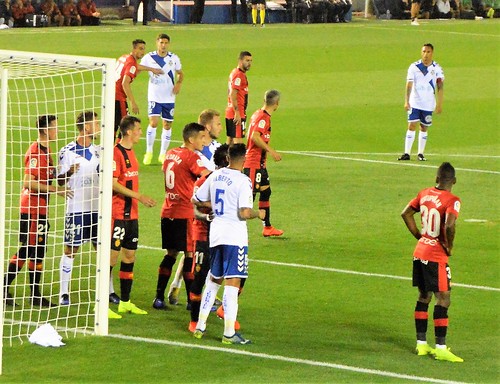 All the old problems were present and incorrect in the first half, poor passing, little support for each other, and woeful finishing. Borja Lasso in a more forward role fired an early chance straight at goalie Reina. The suspension of Jose Naranjo gave Coniglio a starting chance, the Argentinian striker again looked totally out of his depth, he has neither speed, power, or positional awareness. Malbasic was left to offer his brand of hard work and determination, Mallorca defender Valjent made it tough for him and his team mates. The visiting promotion candidates were a sharp side, after 14 minutes Lago Junior brought the ball under control with his back to the goal line and popped a pass out to Estupinan who cracked a fierce shot beyond Dani Hernandez and into the bottom corner of the goal to take the lead.

Tenerife´s best weapon was Racic, always in the action and ready to chance a shot. A corner gave him the chance to launch a strong header but the keeper took it well and punched away another header soon after. It was already looking an uphill task for Tenerife, Malbasic needed some support as he had a good go at beating three defenders who crowded round him. Just before the break, defender Jorge Saenz got booked to signal a suspension for the next game, it would be a bleak half time dressing room. Dani Hernandez had received plenty of criticism in the week for his latest goal keeping error, it reached a new low just after the restart. A harmless ball came towards Dani who had time to cover it but he slipped and missed it, leaving a gift for Budimir to tap in. It was a schoolboy error to increase the pressure on the the teams saviour of so many games. 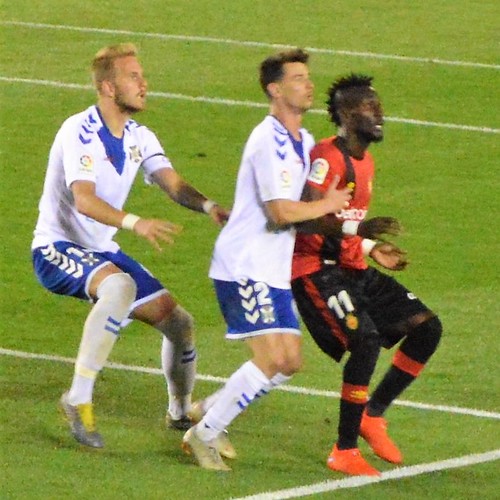 A huge reaction and show of character was needed and to their credit Tenerife set about clawing their way back into the game. A determined break opened the Mallorca defence but Malbasic´s shot came back off the underside of the bar. Lago Junior threatened again, Luis Perez was quick to intercept his shot and Dani seized on the loose ball. Nano, back from another injury, made his entrance after 62 minutes as Coniglio departed. The striker showed glimpses of his old form when he emerged from the youth programme, it gave encouragement to the home cause. It was Mallorca´s turn to hang on as the ball pinged around their defence and they tried to close down the game with some delaying tactics. 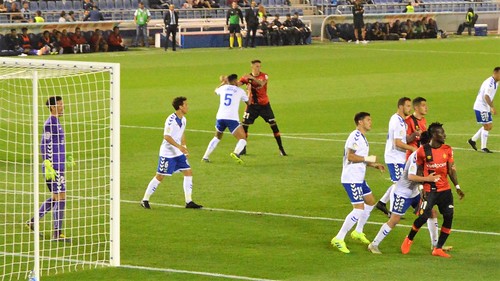 Racic deserved some reward for his efforts and it came after 71 minutes. A long free kick from Luis Milla fell kindly for the Serbian and he showed no mercy as he fired the ball into the visitors goal. It was like a release from a curse for Tenerife, hope was in the air and the players were chasing for the equaliser. Suso added some of his trademark runs into the box from the right to the mix, and when Mallorca made a dash for the other end, Dani showed his better side with a clean take from a Lago Junior attempt. Tyronne has been seen as a strange choice of sub as the club have told him his days are numbered in Santa Cruz. Coach Oltra brought him on after 84 minutes as an adventurous replacement for defender Hector. 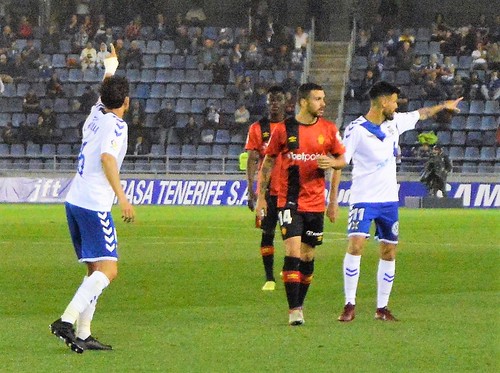 Suso was fouled near the touchline by Estupinan who was sent off by the ref, an idiot in the San Sebastian stand threw a plastic bottle, the ref noted it and got Tenerife officials to flash a warning about behaviour on the scoreboard. The club could face sanctions from the league. Tenerife did well to not let the incident break their resolve, and the ref did well to make sure he added on five minutes for stoppages. With two minutes of the added time used, Tyronne headed an incoming ball down to his feet and unleashed his shot to tie the game. The point leaves Tenerife in 17th place and with an awarded 0-1 win at financially sunk Reus to come, they can rest a little easier in their two week gap before the Carnaval game at home to Numancia on Sunday 10th March at 5pm.