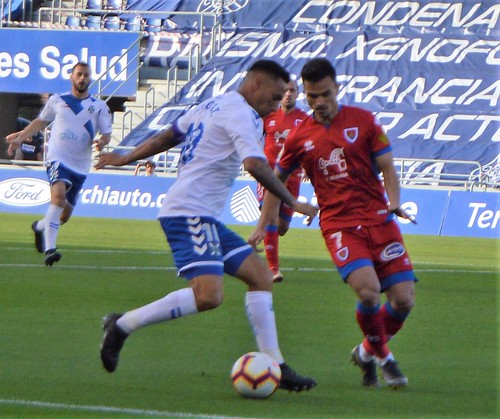 It was a 1-1 home draw with Numancia on the scoreboard, but for most of the 9,412 crowd it felt like a defeat, and a grim warning that CD Tenerife could still get pulled into the relegation mire. It was the Carnaval game but the mood was strangely subdued. The residents of Santa Cruz could be excused for feeling a little delicate after the previous days record breaking 400,000 revellers partied into the wee hours, but what was the players excuse for a pitiful performance.

Jorge Saenz was suspended from his centre back role, January signing Mauro Dos Santos was expected to make his much delayed debut, but coach Oltra opted for Carlos Ruiz instead. The veteran defender is always a reliable option but not even using Dos Santos as a late sub added to growing doubts over Oltra´s judgement. Numancia showed the greater hunger and determination for the game, a smooth build up from David Rodriguez saw an early shot covered comfortably by home keeper Dani Hernandez. 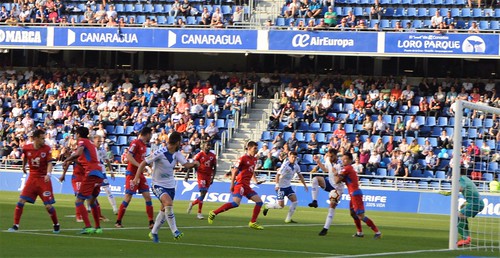 Numancia were looking to expose Tenerife, Luis Perez had to make a smart intervention to derail another raid from the visitors. Oyarzum sensed the lack of adventure in the home team and tried a long, looping shot that just cleared the bar. Tenerife were struggling to make any impact, Racic was playing deep again, a total waste of his talent, captain Suso was trying to lead from the right wing but when he opened up the Numancia rearguard he found his team mates were slow to support in front of goal. It took a moment of brilliance from Luis Milla to put Tenerife ahead. The midfielder launched a wonderfully flighted 23rd minute corner that curled and caught the opponents goalie completely stranded,

That should have been the spur for Tenerife to push on and bury the game. Coniglio, still looking to break his duck, managed to get up for a header but it lacked power and direction. Ganea was doing well down the Numancia left wing and dropped a teasing cross into the heart of the Tenerife box, Ruiz used his experience to intercept the ball with a well timed header. Dani Hernandez has been below par recently, he showed he is still a class keeper and put on a master class that included a reflex parry just before the half time whistle. Home form this season has seen Tenerife save their best for the second half, that trend was reversed as they emerged for the second half with no purpose or drive. 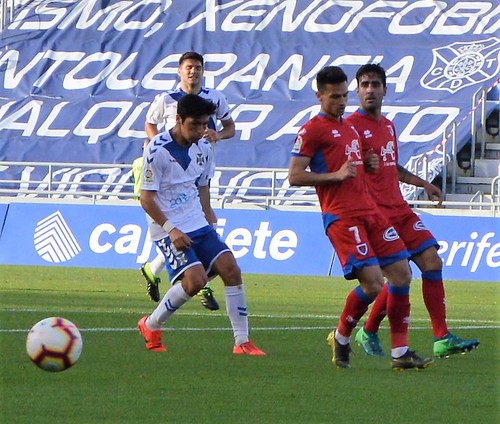 Even allowing for the usual sprinkler soaking of the pitch at half time, the home players had trouble keeping their footing. How can a striker as big as Malbasic become invisible? He wasn´t the only one, Borja Lasso was missing in action, Alberto continued to look uncomfortable in the centre of defence and had to be bailed out by Ruiz. It was up to Tenerife to push for a second goal to kill the game but they looked content to sit back, Racic tried to head a loose ball away, it fell to a Numancia forward and only a sprightly dive from Dani saved his team mates blushes. The resurgent keeper was the hero again with two saves from a corner, Numancia were well on top. 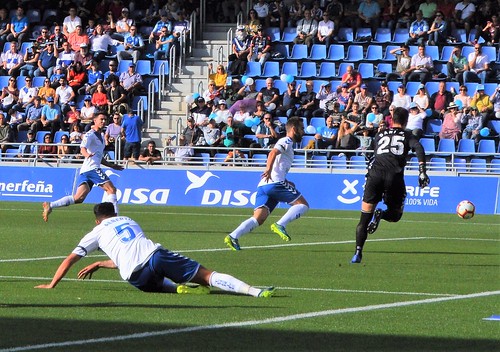 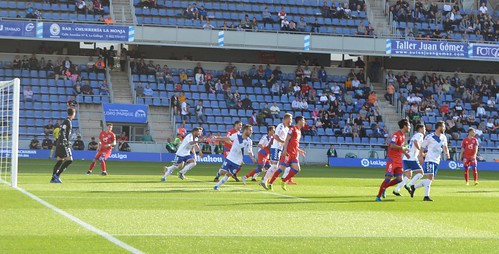 Subs are also a bone of contention for Tenerife fans, predictably the first swap came after 64 minutes, midfielder Isma Lopez on for consistently poor striker Coniglio. With 20 minutes left, Nano came on for Lasso, the striker doesn´t even look interested these days and his fitness level leaves a lot to be desired. The final swap was the most negative of all, the dour, defensive Undabarrena for Suso. Within a minute the equaliser arrived, as Higinio scored with a free header as a cluster of defenders looked on. It was now all about holding on for the last six minutes, Dani blocked a Ganea shot at his near post and made an injury time stop from a last gasp Numancia onslaught. The point keeps Tenerife in 16th place but the performance was more circus than Carnaval.