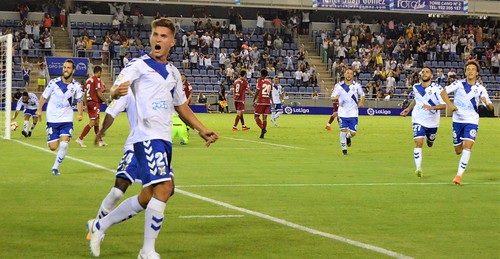 The deeper the down, the higher the up. Those words would have sounded so hollow as CD Tenerife let in a first minute goal at Rayo Mahadahonda. Wind on 90 minutes and the stunning transformation was complete as Malbasic robbed the roving home goalie and cracked the ball into an open net for a 1-3 win, the first away victory in just over a year.
The pea in the refs whistle had barely stopped vibrating when Hector strolled past Tenerife full back Isma Lopez and launched the ball across the face of the away goal. It hit the far post and sat up invitingly for Carcelen to tap it into the net. The harmonicas were out and the away day blues were about to be played. Heads could have dropped but Tenerife reacted in the best fashion against a team just above them at the wrong end of the table. Suso set up Borja Lasso who was stopped by an offside call. Luis Milla sent a screaming shot over the join of bar and post. The team from the outskirts of Madrid were riding their luck but it was not going to last. A Milla corner got a touch on from Malbasic and Nano got a foot to the ball to poke it in the home goal for a 13th minute leveller. 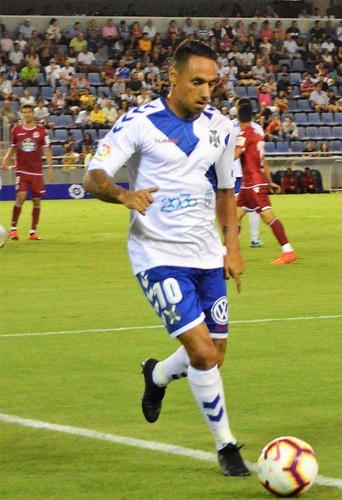 Borja was buzzing, his rising shot wasn´t that far off the target, Del Toro curled a free kick at the other end and found goalie Dani Hernandez ready to receive it. Aitor caused concern when he fired wide after the Tenerife defence failed to shut him down. Milla hit a shot on the turn at the home keeper, Nano was offside but the moves encouraged Tenerife. The half ended with a couple of scares, Aitor dragged a shot wide, and a header was on course until Dani made a safe catch. As the game resumed, Tenerife went looking for the lead, a Milla pass found defender Jorge Saenz in a good position, he picked his spot and showed the instinct of a striker to fire the ball into the net to take the lead. 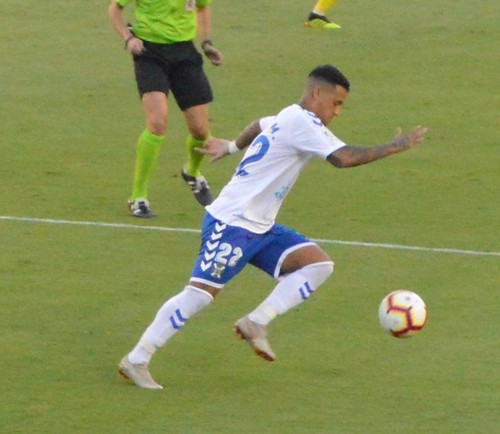 Holding onto an advantage hasn´t always worked out for Tenerife this season but Dani has been in inspired form for the last month, he showed his authority to marshal Aitor wide when he was looking to shoot. Home sub Manu offered no threat with a wild shot that pounded the tarpaulin that closed off that end of the ground. Tenerife´s first change was Naranjo for Nano, the forward put a square ball across that the defence cleared, and juggled the ball before testing the goalie with a shot. With 10 minutes left, defender Carlos Ruiz took over from Borja and it looked like Tenerife might try to sit on the lead. Varela beat Luiz Perez and let fly at Dani, his response was another accomplished save. A dipping shot could have been difficult to read, not for Dani, he added it to his tally of stops. 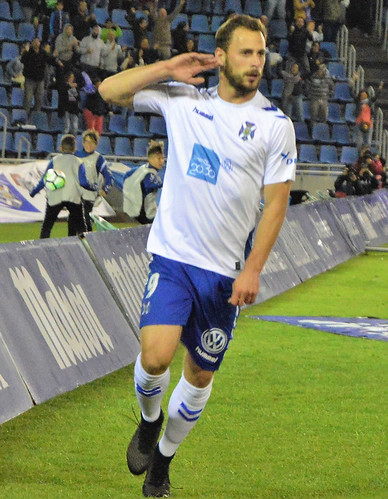 The icing on the unexpected cake was pure class from Serbian striker Malbasic. The home goalie ran out from his area to pick the ball up and completely miss read it, Malbasic raced inside him and was Mr Cool as he belted the ball into the unguarded net. There was just a couple of minutes left, Mahadahonda managed one last chance but Dani wasn´t about to show any generosity and made a point blank save. The joy of the team and coach was clear to see when the final whistle sounded, the players ran to the small wedge of travelling fans and they shared the moment. It´s a big barrier lifted on the road to salvation but other results kept the gap above the relegation zone to 4 points with 8 games remaining. The other big incentive is Tenerife are just three points behind plummeting Las Palmas and the home derby has been set for Sat 4 May at 7.30pm.