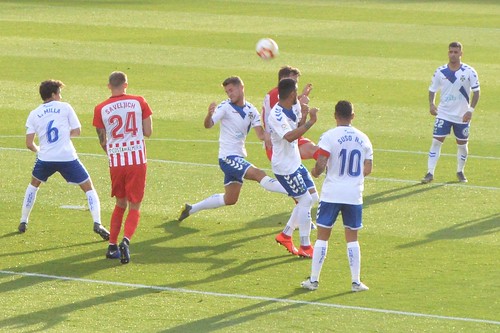 Are they a good team having a few bad days or a bad team that´s had a few good days? The pendulum swung in favour of the latter for CD Tenerife after a shambolic 1-3 home loss to Almeria. The previous weeks first away win for over a year should have been all the encouragement they needed to keep the improvement going. Upcoming home derby and relegation rivals La s Palmas had lost and other results aided the cause. Even the sun was shining in Santa Cruz when the tourist south moaned about Easter clouds. The scene couldn´t have been set any better. 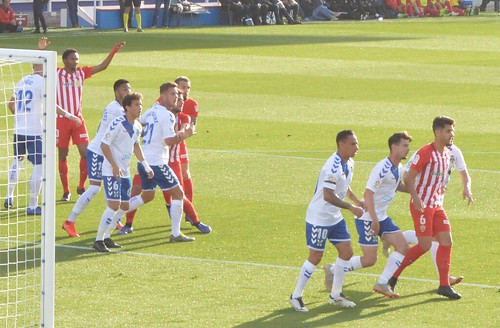 At least it took five minutes this week to leak the first goal. Rioja cut in from the left after beating Luis Perez, slipped a cross in front of goal and Gimenez managed to hook the ball into the net. That wasn´t in the script and any confidence the home side brought into the game evaporated. Coach Oltra´s negativity didn´t help, Racic was brought back after a suspension but he and the other creative midielder, Luis Milla, were played deep and at times were getting in each others way. Racic has only shown flashes of his January loan debut form, it has been widely reported that several big teams including an English Premier League outfit, are set to offer parent club Valencia big money to buy him in the summer. The lack of creative ideas starved the home forwards, and neither Nano or Malbasic looked inclined to fight to win the ball. 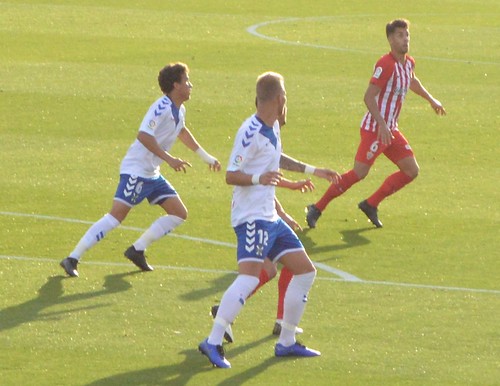 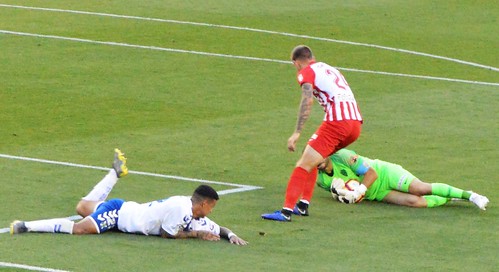 Almeria´s goalie hardly broke sweat to come out and take the ball off hesitant Nano when a half chance did arise. Juan Carlos Real was released by Tenerife at the end of last season and returned in new colours to torment his old team mates, he let them off the hook by putting a shot wide. At the other end Luis Milla had a penalty shout when fouled in the box, the ref wasn´t keen though. It was distressing to watch as Almeria threatened more punishment, Owona should have ended a good move with better than a shot over the bar. Dos Santos looked shaky at the back for Tenerife, he´s all arms and legs, a booking waiting to happen, the ref was glad to oblige. Racic managed a set up for Borja just before the break, he blasted it and the visiting goalie pushed it away. 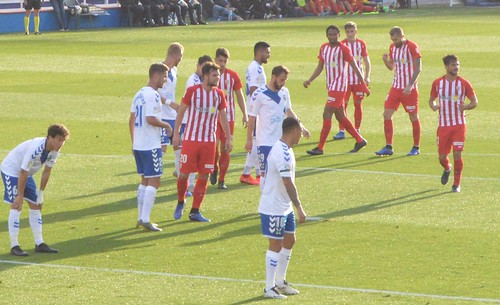 Nano looks a spent force in his second spell with his home island club, he has neither power, speed, or drive, he got sight of the Almeria just into the second half and was easily dispossessed by Owona. Centre back Jorge Saenz felt a little muscle pull and was taken off in favor of Alberto, another player whose fire has gone out. It was all in vain as Almeria increased their lead. Dani parried a shot from Saveljich but the player shaped up to net the rebound, Dani pulled him back by his foot and a penalty was awarded. Gimenez despatched it and a collective groan shook the 10,385 crowd. A couple of minutes later Rioja had an easy finish as the home defence backed off, Albert even slipped up as he tried to block the shot. So an hour gone and 0-3 down some fans started to filter out of the stadium. 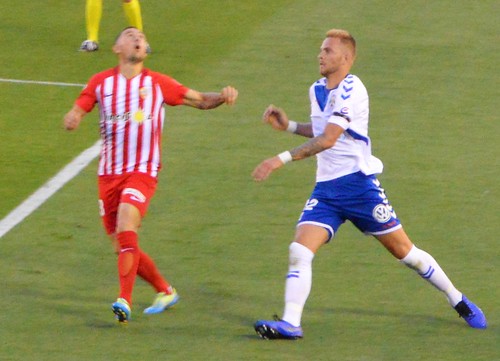 Naranjo had taken over from Borja and slipped into his comfy groove on the left, and another striker, Coniglio, tried to pep up the attack as Racic left the pitch to a mixed reception. Captain Suso was having a quiet game by his busy standards but his pride drove him to push his mature legs a bit more. A neat cross from the right by the skipper found Naranjo for a tap in to reduce the deficit with 10 minutes left. That goal raised Naranjo up to top scorer on five goals for the season, that tells its own story. There was not to be any miracle recovery, just the final whistle and the realisation that relegation is a bigger threat than ever. Tenerife are 15th just three places above the trap door, with seven games to go, and Alberto and Suso will miss the vital next game at Extremadura after bookings earned them a game suspension.