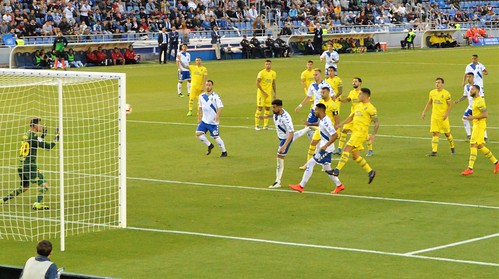 Everyone thinks their local derby is special but Canarian pride and passion takes some beating and it shone brightly as CD Tenerife fought back from a UD Las Palmas lead to send the Santa Cruz fans deliriously happy with a 2-1 home win. 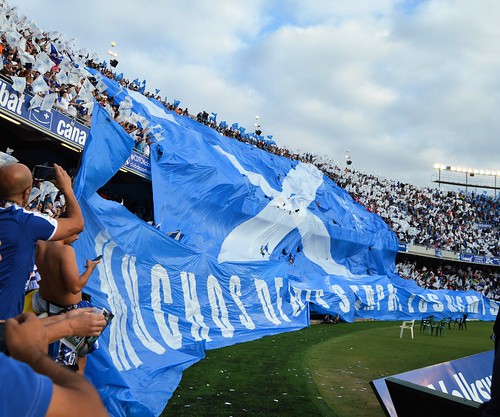 There was more of an edge than ever with both sides fighting to avoid getting dragged into the relegation zone. A sea of blue and white greeted the teams but Las Palmas brought 1,500 across from Gran Canaria and turned a top corner of the stadium defiantly yellow. The visitors applied the early pressure and earned three quick corners, thankfully Dani Hernandez was in good form between the sticks to keep them at bay, especially from a Alvaro shot. Araujo was a menace on the left and the Tenerife were missing the calming authority of suspended centre back Jorge Saenz, but they warmed to their task and started to ask a few questions of their rivals. Alberto was doing a good job as Jorge´s replacement but Dos Santos alongside him was wild and unpredictable, his booking before the half hour didn´t help matters one bit. Pekhart had a clear chance for the yellows, Dani stood firm and blocked him but it was tense stuff. Deivid could have given Las Palmas a half time lead if his shot hadn´t have been so rushed and well wide. His team mates must have been concerned at the chances they wasted while Tenerife knew they could do better than in the first 45 minutes. 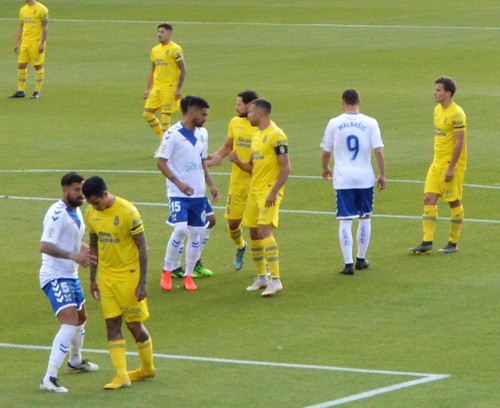 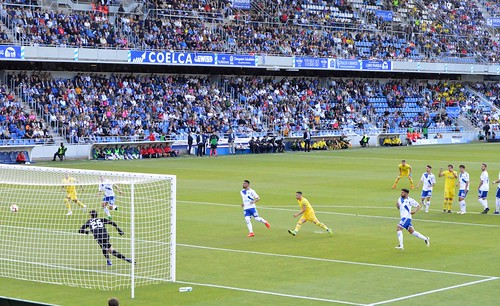 Malbasic powered through onto a Luis Milla long pass just after the restart, he shaped up for a shot as the ref blew for offside. Just six minutes into the half, coach Oltra brought 35 year old defender Carlos Ruiz on for Dos Santos, it was to be an inspired move. With six years service for Tenerife, Ruiz understood the importance of the derby match up and he produced a masterful performance. Las Palmas had their own wild card, Timor, he had already been booked for dangerous play and a second yellow saw him depart after 55 minutes. It seemed to make his fellow players dig deeper and they took the lead after Dani Hernandez parried a shot from Araujo that Cedres nipped in with a delicate tap. 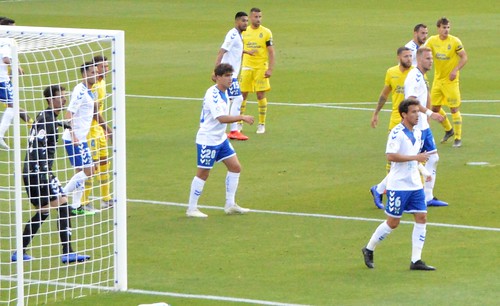 Coach Oltra responded positively, he hooked off midfielder Undabarrena in favour of striker Naranjo and it prompted a wave of home pressure. Suso was another of the older brigade of home players who caught the mood and made good inroads into the yellow defence down the right. The breakthrough came when Suso and Milla combined to lay on a perfect set up for Carlos Ruiz to head into the back of the net to level the scores. Ruiz charged towards the Tenerife fans behind the goal and clutched proudly at the front of his shirt, there was no mistaking his pure joy. Las Palmas started to wilt, Tenerife had the confidence and spurred on by a huge roar from the blue and white fans, they went for the winner. 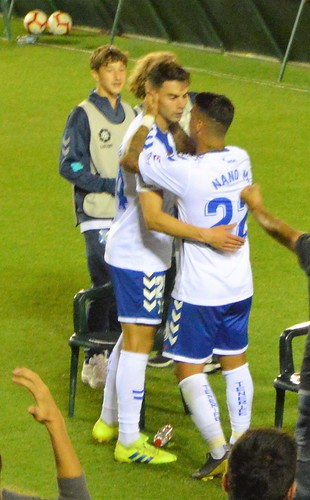 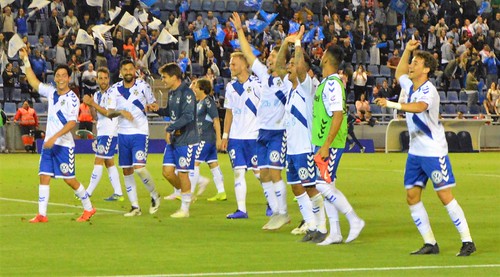 With just three minutes left, Suso worked his magic to put the ball across the goal where Naranjo ran in to place the ball past the goalie. What a finish to the game and what a party for the fans and players who have suffered all season. It was a memorable day for all concerned, the 18,760 crowd made it special with both sets of fans adding to the show piece game.There´s no room for complacency at either club, both still have to stave off the threat of relegation in the final five games. Tenerife are three points above the trap door, and Las Palmas just a further three points above. Reus may have gone bust a few months ago but they still complicate the picture as other relegation rivals have three points to come for an awarded game against the defunct team. It´s gonna be a nerve wracking finish, both Canarian teams need to beat the drop, the derby games belong in the highest division possible.