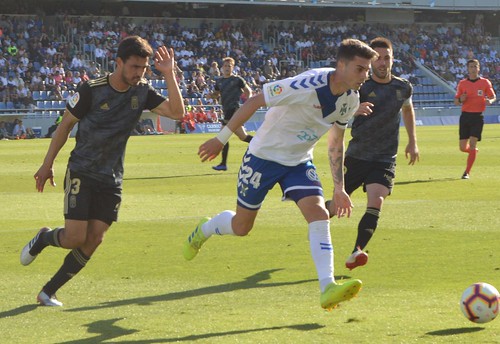 With a combined age just short of 70, Suso and Carlos Ruiz inspired their younger team mates as their determination and pride led the way in a 2-1 home victory over Real Oviedo. There´s still the small matter of the final two games to overcome but CD Tenerife can feel more confident of keeping their place in the Segunda Division. 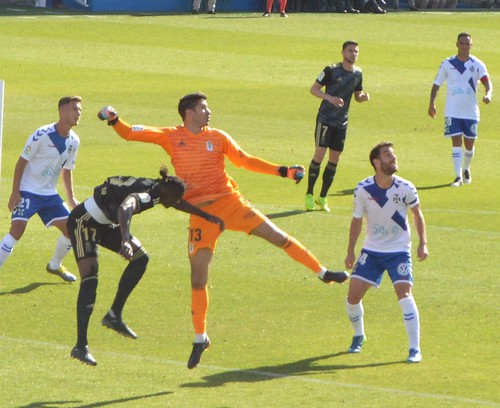 New coach Louis Cesar Sampedro showed he had learnt from his crushing 3-0 debut defeat at Elche, he shuffled the pack, Carlos Ruiz became the dependable rock in the centre of defence, allowing Alberto to return to a deep midfield role. Camille gave way to Hector Hernandez at left back and the gaping holes of the previous week were closed down. Tenerife soon warmed to their task, Nano rushed an early chance past the post, and visiting goalie Champagne tipped another home effort aside. The stadium was buzzing with hope and expectation as a 16,488 crowd basked in the heat of a rare Sunday afternoon game. 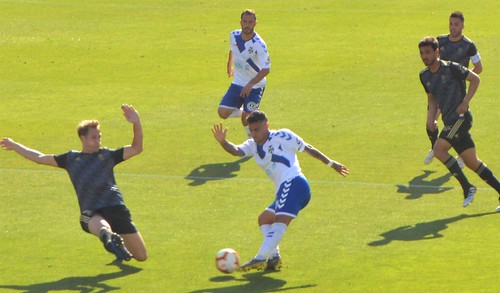 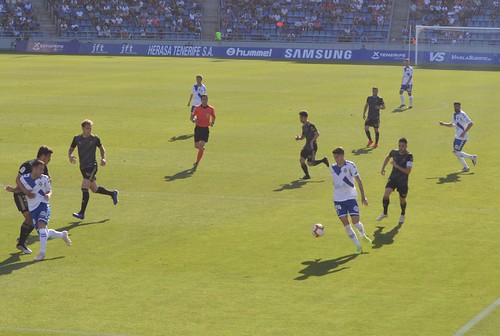 Carlos Ruiz showed his worth when Barceñas made some space before sending a dangerous cross into the box, a sprightly jump and a strong header from the veteran defender cleared the danger. Suso was fired up for battle and even an elbow in the face from Moussa wasn´t going to put him off. The gallant home skipper played on with a cheek fracture that would divert him to hospital after the game. Hector was keen to force Tenerife to rethink their intention of releasing him in the summer, he made a couple of well timed interventions when Oviedo threatened. Luis Perez was not quite so pumped up in the right back slot, his half clearance found Barceñas who whacked the ball over the bar. Dani Hernandez stood firm when Folch got a clean shot at him, Oviedo still had a slim chance of making the promotion play offs and clearly weren´t along just for a day out. 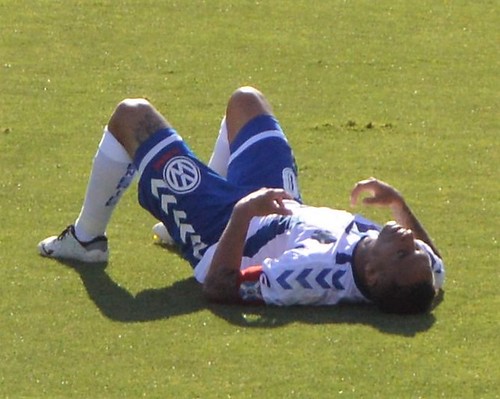 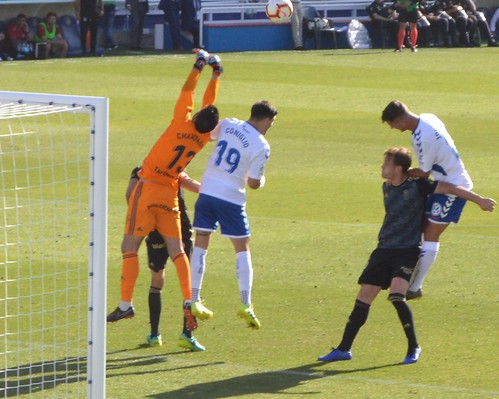 With five minutes to half time, Tenerife had Oviedo pinned down and a clumsy tackle by Carlos Hernandez on Jorge Saenz was a clear penalty. Captain Suso left Champagne flat as he stroked the ball into the back of the net. The thermometer must have leapt a few more degrees as the fans bounced up and down as they sensed possible salvation. Tenerife hadn´t solved all their problems, the strikers were blunt again, Nano dug out a loose ball well and crossed to Malbasic but his poor control saw it squirm away. Nano fared no better when he tried to convert from a Malbasic lay off, it was Nano´s last touch as sub Montañes swapped places with him and had a foot in earning a corner. The set piece ball found Luis Milla out wide and he delivered one of his finest flighted crosses, Carlos Ruiz underlined his mastery in the air by meeting it with a glancing header that eluded the goalie to make it 2-0. 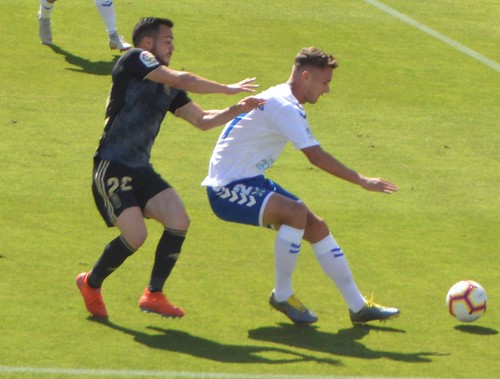 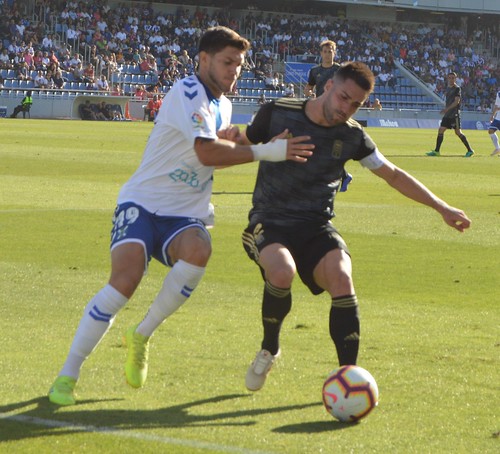 Nothing has been easy this season and it wasn´t about to change. An Oviedo cross from the right wing was brushed by the raised hand of Alberto, it ended up safe in Dani´s hands but the ref had signalled a penalty. Joselu converted the spot kick to crank up the tension for the final 14 minutes. Coach Sampedro brought on Isma Lopez to close down the midfield as Malbasic retired to the bench. Suso´s run on goal was blocked by a defender, his last brave contribution before giving way to striker Coniglio. Naranjo´s dithering on the ball may not have given him a clear chance at goal but it kept the ball at the right end as Tenerife fought to hold their lead. Montañes and Lopez both did sterling midfield work to stop any Oviedo breakaways, and an agonising four minutes of injury time slipped by with the vital win intact. 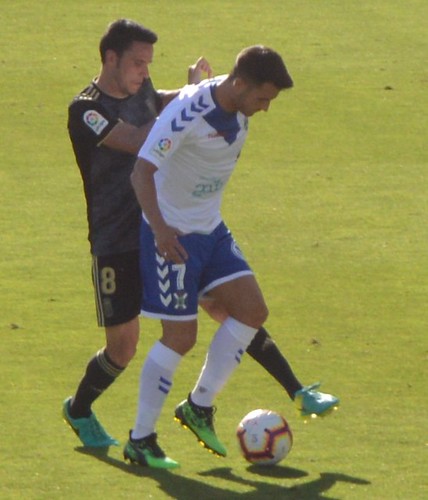 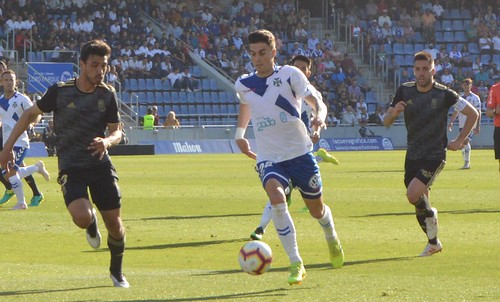 Relegation rivals may slip up and ease Tenerife across the safety line but they can´t afford to think like that. A difficult away game at direct rivals Lugo and a last clash at home to Zaragoza await, both without captain Suso. Two points would seal it but it would be nice to banish those nerves as soon as possible.