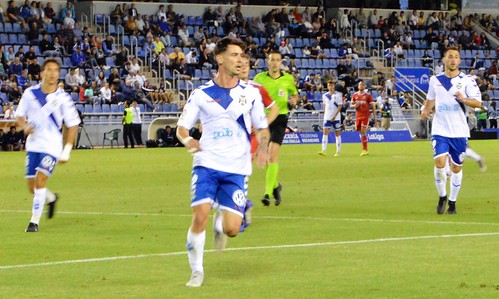 Goodbye, and in some cases good riddance were the sentiments as CD Tenerife ended their troubled season with a 1-0 home win over Real Zaragoza. A few players heard their names chanted by the 11,652 crowd, recognition of their efforts for the cause but others will feel the recriminations as they are cut loose as change rips through the club. The night was all about praising two departing defensive heroes, Raul Camara got a rare start, 35 years old and 174 Tenerife games down the line, his contract is not being renewed, the little tiger dug deep to sign off with his customary energy and hard tackling. Jorge Saenz oozed class as the local born 22 year old showed why Valencia were so eager to sign him for next season. 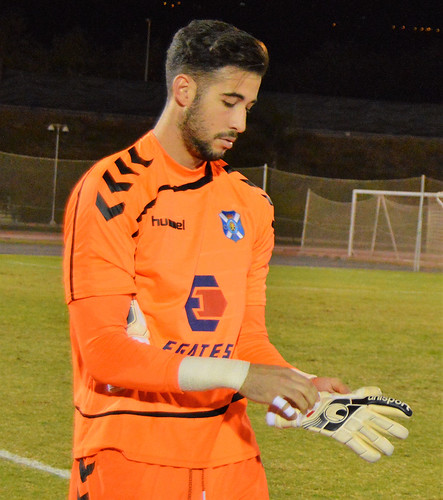 Big changes are needed, coach Sampedro in the last of his four game deal, gave league debuts to 24 year old goalie Angel Galvan, and 20 year old B team holding midfielder Javi Alonso from Adeje. Loaned out to lower league teams and then rooted to the bench as back up to Dani Hernandez, the keeper impressed with a triple save in the opening minutes. A deflection needed an agile push away, another touch repelled the returning ball, and a decisive high take was needed when Gual tried a shot through a crowd of players. Pombo tested Angel again with a blast that he held firmly. Zaragoza were also free of any lingering relegation worries so the tempo of the game wasn´t full on but it was still competitive.

Nano continued his poor form by missing a golden chance when Naranjo set him up, the shot went outside the post when it looked easier to score. Alonso looked comfortable just in front of the back four, it allowed Tenerife to build some good creative moves. Montañes was another home player eager to avoid the squad cut, he had a strong first half including a neat set up for Naranjo that was snuffed out by the goalie after a weak shot. Jorge could have crowned his farewell with a headed goal from a corner but the goalie reacted well. Tenerife had a penalty shout after Eguaras brought down Naranjo, at least the refusal was consistent with other visiting refs. Carlos Ruiz replaced Alberto after the break, an outstanding May earned the veteran another years contract. Tenerife desperately wanted to end the season with a win, Nano made it come true with a well headed goal from a Luis Milla cross before Zaragoza had settled for the second half. It was only the strikers third goal of the season, Malbasic and Naranjo had six each, big clues to he teams struggle this season. 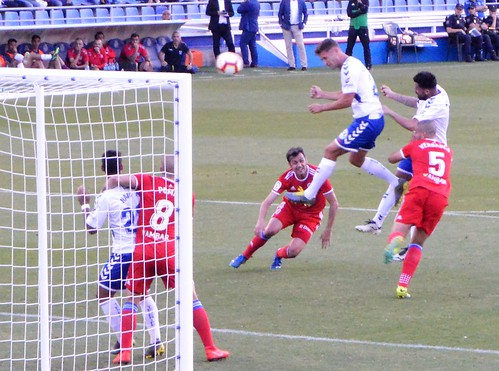 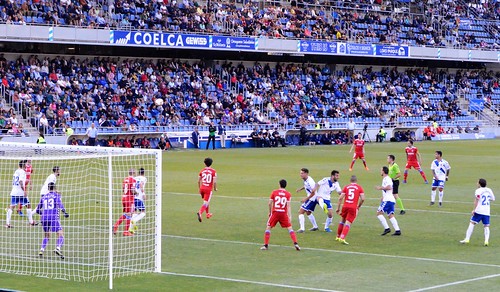 The mature home defenders rolled back the years, Carlos Ruiz won a hard tackle and got in a half shot, Raul Camara did a great clear up and then went down after winning a crunching tackle. Although he got back up, the defender gave way to Luis Perez a few minutes later, his departure brought a crescendo of applause. Zaragoza went close to levelling as they pinged a shot off the post, it was soon followed by another diving save from Angel. Could Naranjo offer some argument to keep him for a second season, his sliced shot over the visitors bar gave a resounding no. As for Nano, he was subbed for Tyronne, both forwards look ripe for unloading. The game was winding down, Jorge got a big cheer when he blocked Gual, the player of the season gets better all the time, and many expect him to make the step up to the senior Spain squad in the next few seasons. 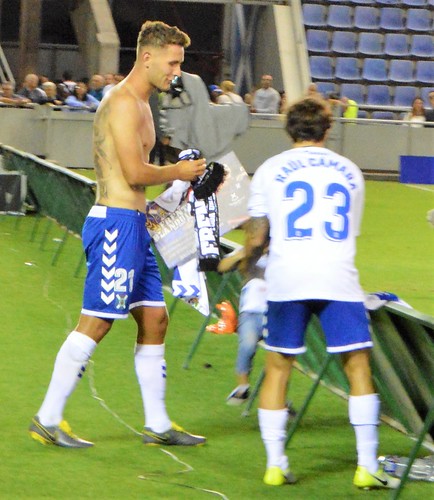 A Malbasic miss and Angel save, and the game was over. Raul and Jorge posed for photos with their team mates in front of the stand before running to the home stronghold behind the goal to receive the adoration and thanks of the fans. The special bond that exists between players that honour the shirt, and the fans, is strong. Luis Milla is the biggest remaining star at Tenerife, fighting off his many admirers this summer will be tough. Constant chants for the resignation of President Concepcion rained down during the match, but he shows no sign of stepping aside. The next coach has a big rebuilding job to do, the club have already moved quickly to add a 20 year old midfielder, Alex Bermejo, from Espanyol B team. The line up for next seasons opening game will be very different but the fans will be back with renewed passion and hope.