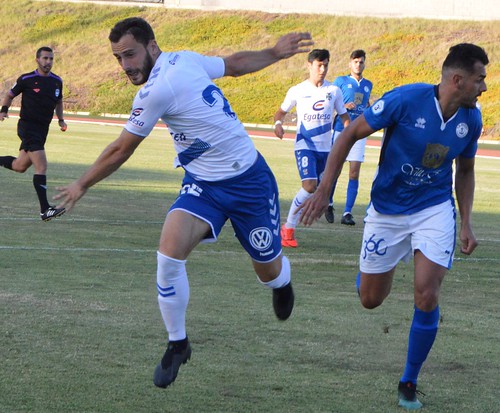 You could almost feel sorry for football´s pre season friendly games. Few fans remember them and the results often confound, mislead, and confuse supporters. For CD Tenerife the 2019-2020 build up was even more of a leap into the unknown than usual. Latest coach on the conveyor belt, Aritz Lopez Garai, a sprightly 38 year old, arrived via brief experience at the helm for Reus and Numancia. Then new players started to arrive, and arrive, and arrive. 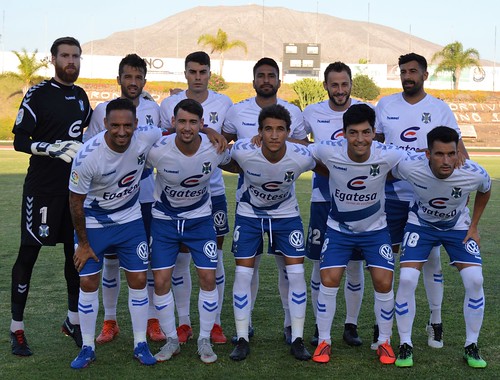 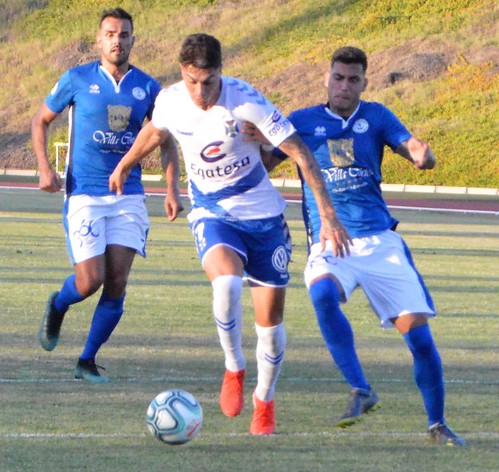 The opening two games served up 13 goals scored and none conceded. A 0 – 9 triumph over three levels inferior Aguillas, at T3 in La Caleta, and a 0-4 win at CD Marino featured the usual mass changing of players at half time.Top scoring at Top Training went to Luis Perez, Sevilla recruit Alex Bermejo, and B teamer Josue with two apiece.The most pleasing sight though was to see midfielder Aitor Sanz return from a 16 month achilles tendon nightmare.
The goals quartet was crammed into the first 28 minutes at CD Marino. Borja Lasso with a header, Naranjo chipped the home keepers bad clearance over his head, and Malbasic looked sharp with two well taken strikes. The big Sebian and Naranjo tied as top scorers last season with just six league goals each, both were big earners and may well go before the big kick off. Nano, who only struck four times, is back at parent club Eibar. Josue and 20 year old Dani Gomez from Real Madrid B looked willing in the opening games but a little light weight. the wait for new fire power was underway. 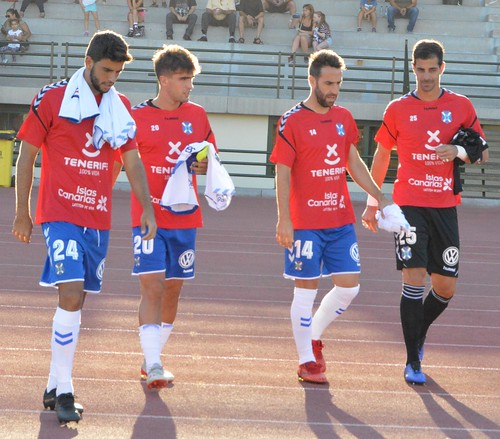 The new coach was in the spotlight. Using full backs to overlap and create openings stood out in his first games, three more captures in the run up to the Teide Trophy game, fitted that tactic. American right back Shaq Moore, and Slovakian Robert Mazan (25) got brief run outs but Cultural Leonesa had a fairly comfortable 0-3 victory. The next new signings were also in the 23 to 26 age bracket, we had been promised younger players with fire in their boots. Centre back Alex Munoz (24) from Real Zaragoza can cover left back or midfield. Nikola Sipsic, a 6 foot plus centre back from Serbia was next to make a show at the south airport. 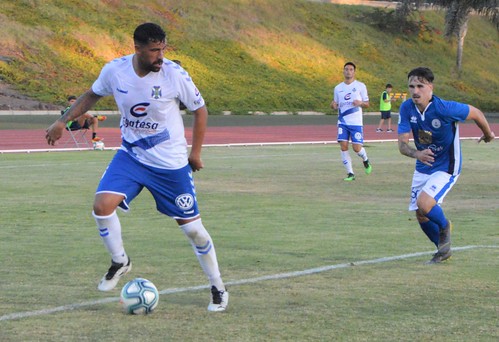 It wasn´t all hard work, fitness and team bonding were helped along by running in the Tenerife hills, and river rafting at a weeks training camp in Portugal. That included a less impressive 4-2 defeat to Sparta Braga B with goals from Bermejo and Malbasic, and a much better 0-1 win v Celta Vigo with a Malbasic finish from a Luis Perez cross. Adrian Ortola from Barcelona via Deportivo started in goal and will fancy his chances of replacing Dani Hernandez for the starting role in the league. 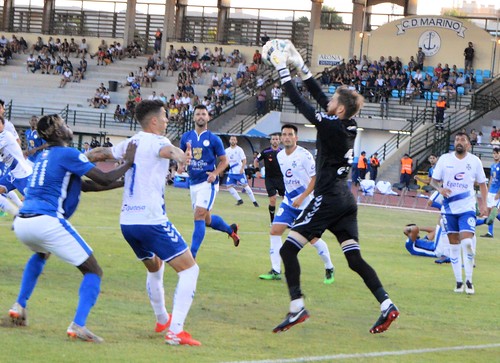 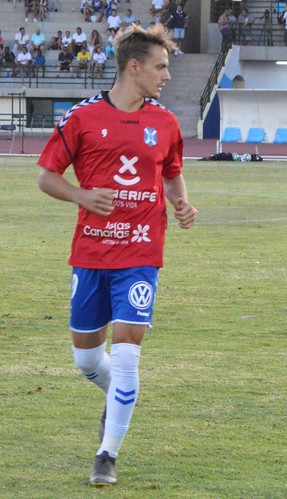 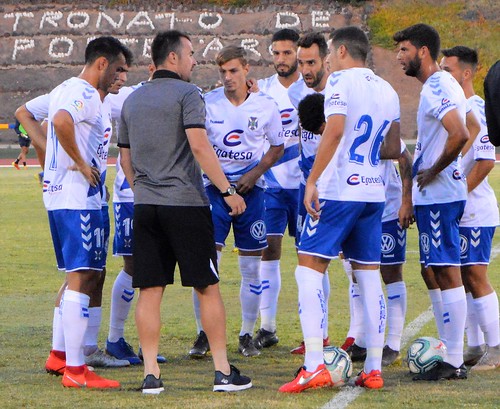 Unlike the UK, Spain´s transfer window closes on 2 September, Argentinian striker Ramon Mierez could be the goal bagger we wanted, the 22 year old Argentinian has netted a fair record at Alaves and did better on loan in Croatia last season. A couple of more new boys may arrive but the worry is fending off admirers of our best stars like Alberto and Luis Milla. Real Madrid Castilla, the final warm up, will see us return to the Heliodoro Stadium in Santa Cruz before a tough league opener at Real Zaragoza on 17 August. Anything can happen this season, and probably will, but being back with the Armada Sur for a weekly football fix is a joyous prospect.