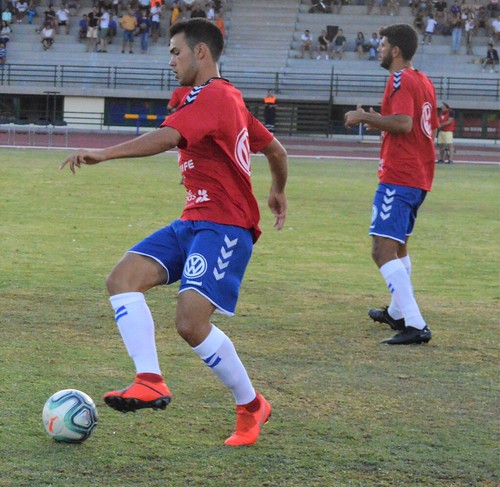 With a thud that could almost be heard back in Tenerife, Real Zaragoza’a Blanco and the visitors Nikola Sipcic met head on as they leapt for a 50-50 high ball. The CD Tenerife Serbian defender crumpled to the floor, and that was the end of his debut game as he went off for treatment. It was typical of a cruel evening that saw Tenerife´s good work undermined by misfortune and a ludicrous VAR decision on the way to an opening 2-0 league defeat. 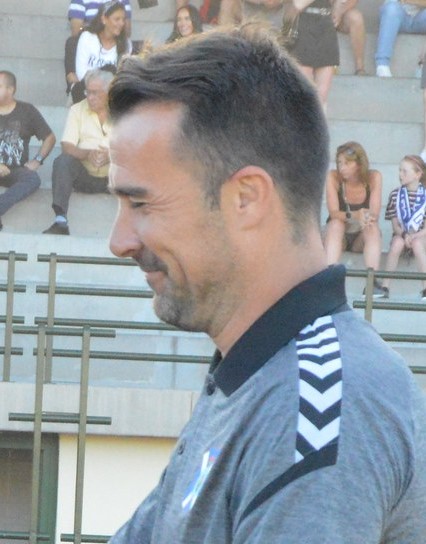 Coach Aritz Lopez Garai was hampered before the game even started, two other new players, Slovakian full back Robert Mazan, and striker Ramon Mierez missed the big kick off with injury niggles. That didn’t stop their team mates from making the big spending, hotly tipped promotion favourites look very ordinary in the first half. Shinji Kagawa ,nicknamed the Japanese Messi, is Zaragoza’s big coup of a signing but the Tenerife defence and midfield restricted him to an early wide shot after a break down the right. Borja Lasso tested the home defence with a blast from outside the box, and Suso combined well with Luis Perez whose cross was taken off the head of Sipcic.
Right back Perez had been the star of pre season games with his driving runs down the wing, he wriggled free of the home defence but his shot was a little wayward. The Tenerife front line had a familiar look, Malbasic brought a long pass under control and was shaping up for a shot when the Zaragoza goalie came out to deny him. There was even some cheeky stroking around of the ball to frustrate the home players and crowd. By the half hour water break the local fans only had a luke warm impression of their new side. Luis Milla tried his luck but powered the ball over the Zaragoza goal. 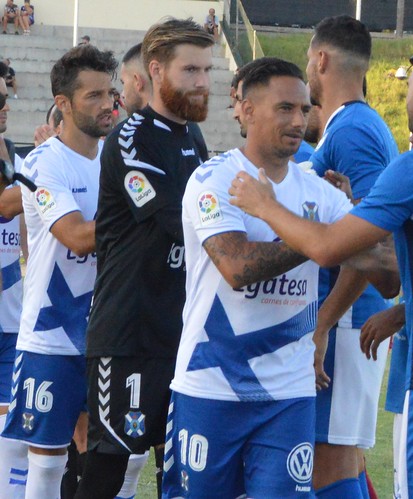 In the final five minutes of the half, Zaragoza upped their game. Adrian Ortola, who had wrestled the gloves off seasoned regular Dani Hernandez, made a clean stop to deny Raphael. Zaragoza charged again and caught the Tenerife defence flat footed, Aitor Sanz was too late with a sliding intervention and Suarez fired past Ortola to take the lead. That changed the whole mood of the game, Zaragoza looked more at ease in the second half, Raphael put another effort just the wrong side of the goal post. Suso rushed a shot at the other end and it gave the keeper no problems. Then that clash of heads made matters worse, Sipcic had been influential in defence and supporting the attack. Carlos Ruiz took over his role and Dani Gomez replaced Naranjo up front. When Zaragoza pressed again, Ortola let the ball squirm away from him and was grateful to Ruiz for clearing the threat. 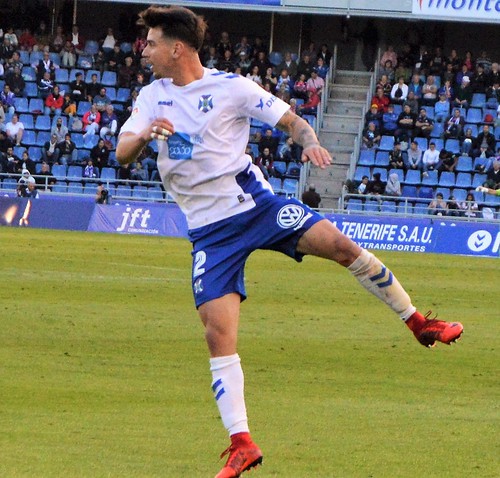 On a sultry night, water seemed to be a prelude to disaster, after the second cooler break Carlos Ruiz brought down an opponent and was sent off for two bookings. More frantic shuffling was accompanied by the arrival of Alex Bermejo for Sanz, but new coach Garai had more setbacks heading his way. With two minutes of regular time left, Bermejo tripped an incoming Zaragoza player just outside the box, both sides were gearing up for a free kick when the ref pointed to the penalty spot under advice from VAR, on the first day of its introduction to the Segunda Division. It came just hours after another shocking call in the Manchester City v Tottenham game and underlined the faults in the system. Ros converted the kick to complete a frustrating match, and after the game Luis Perez needed seven stitches in a face wound and Sipcic was kept in hospital overnight for observation.. Coach Garai was the one with the biggest headache, a bundle of selection problems to juggle before the home opener against Numancia but should draw some encouragement from the first half display.