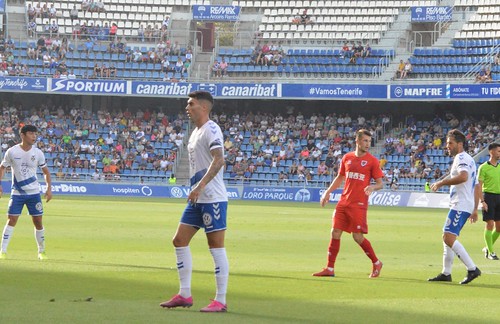 Much improved was the fans reaction to a couple of superb headers in a 3-2 home win for CD Tenerife. Must do better was coach Aritz Lopez Garai´s assesment of the two defensive mistakes that nearly let Numancia back into the game. But a damming verdict of clueless and slow was the judgement of the 10,550 crowd and most players on VAR, once again the party pooper.

The summer signings had created an air of hope and expectancy. Slovakian left back, Robert Mazan made his bow and had a steady game, Serbian Nikola Sipcic resumed his place in the centre of defence thanks to a last minute 50-50 fitness call after his whack on the head at Zaragoza in the opening game. Malbasic was keen from the start and welcomed the visiting goalie to the action with a testing shot. Adrian Ortola got the nod in goal and hardly ruffled his beard with a routine take of a cross from Mistou. The Suso, Luis Perez combination on the right mixes youth and experience well, the captain hangs back when needed to let the young gun hit the pedal, but can still add his own threat. Numancia had to clear a couple of the skippers early half chances. 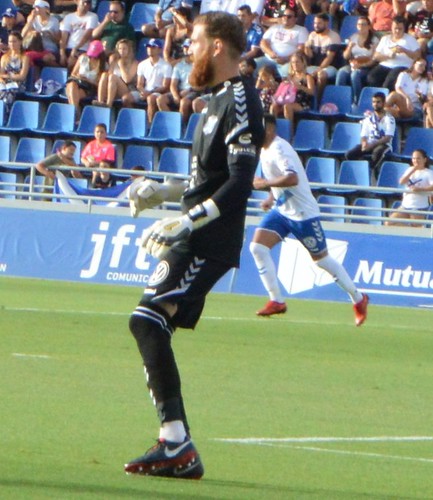 Just before the break, Milla floated in a deep corner into an open space, Borja Lasso soon filled it with a sneaky run and a lunging header that left the goalie grasping at air. Into the second half and d the party pooper. Malbasic set up Naranjo to score but the unwanted guest, VAR, butted in and after an agonising wait the ref ruled a no goal. A few minutes later there was another embarrassing gap before the ref gave an obvious hand ball penalty for Suso to convert. The lack of communication between the ref, the players, and the crowd was particularly annoying. 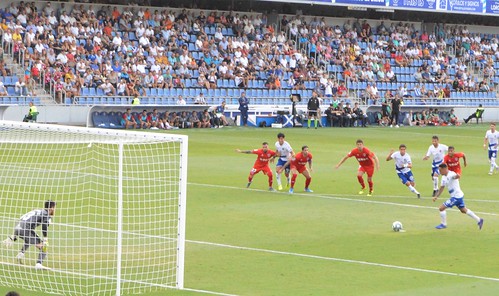 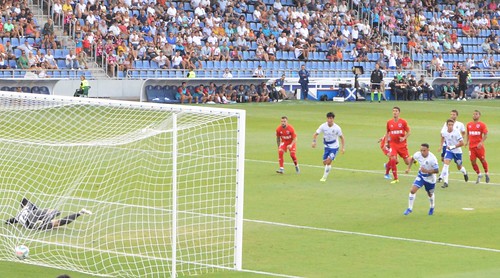 Maybe it was the delay, frustration, or just a lapse in concentration but with the defence absent, Ortola raced to the edge of his area as Higino swerved around his wild lunge. Alberto was racing back but could only watch the ball trickle into the net. Dani Lopez got his chance to join the attack as he replaced Naranjo but it was Suso and Malbasic whose link up should have increased the lead but the Serbian´s shot didn´t have the staying power. The slender lead needed fattening up, Borja crowned one of his best games with a slick set up, Malbasic judged it perfectly as he flicked his head to direct the ball into the net. 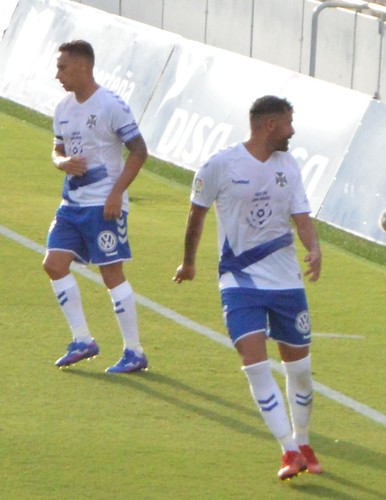 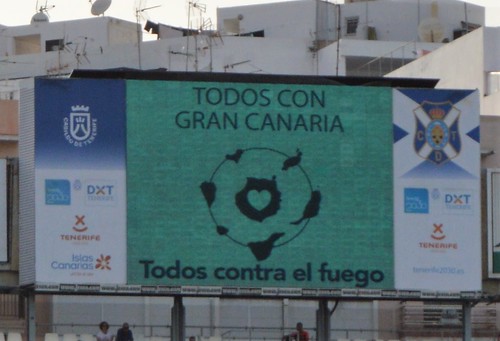 As if the antics of VAR weren´t enough, the stadium scoreboard went into meltdown and blanked out, at least it ha already shown the message of solidarity with the fire ravaged people of Gran Canaria. With no way of telling if enough time had been added for the lengthy stoppages, it was a nervous ending to the game. Curro was unmarked and saw the empty spaces where the Tenerife defence should have been. Racing through he kept ahead of another fruitless back track by Alberto and reduced the lead to 3-2 just before the final whistle blew. There´s plenty more to do on the training ground but as the rest of the new arrivals get their chance, competition for places should sharpen up and already promising outlook.