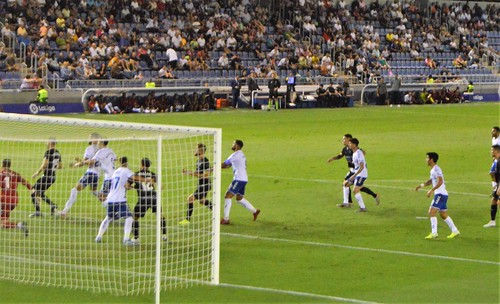 No win in six games, no goals scored in four of those last six games. Home form is woeful, more like an allotment shed than a fortress. The good news is the defence has tightened up and combined well to blunt 4th place Huesca for a 0-0 home draw. CD Tenerife played reasonably in the first half but despite making 10 summer signings, the squad hasn´t got enough depth, especially in the firing line. A sending off for left back Mazan will stretch things further, and every injury or booking must send spasms of despair through coach Aritz Lopez Garai. 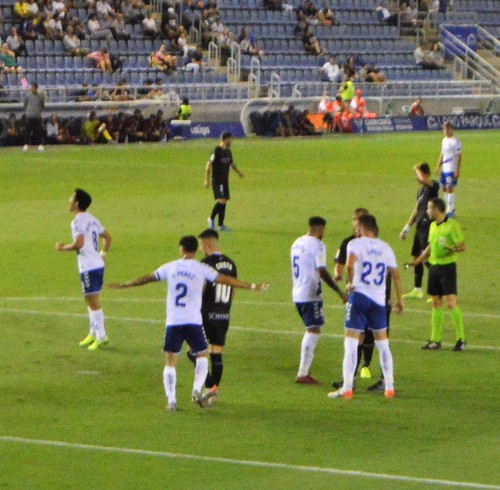 Missing midfield kingpin Aitor Sanz, suspended, and live wire left sided forward Alex Bermejo, injured, ripped the heart out of the home side. Dani Gomez started as the central striker, he showed his pace, cutting in from the right and beating the Huesca defender, but his finish into the side netting showed his lack of maturity. Local youth product, Cristo Gonzalez was back in town via Real Madrid B and a summer transfer to Udinese in Serie A, he joined former Leicester City player Okazaki, and Mikel Rico in a three pronged Huesca attack. Luis Perez marked Cristo´s card, robbing him of the ball in his first surge, and saw off another ex home player, Juan Carlos Real a few minutes later. 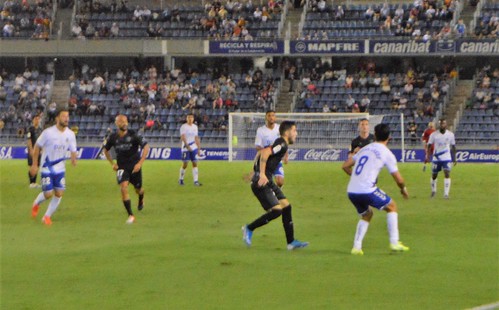 Malbasic had a home try at goal, he found goalie Fernandez waiting with a helping hand to flick the ball away. A soft header from Sipcic at a corner did little more than tickle the keepers gloves. Huesca looked the more dangerous team, Alberto was back to something like his best form in the midfield holding role, his cool interception on Rico drew an appreciative response from the 9,686 crowd. The best chance of the first half belonged to full back Miguelon for the away side, his long curling strike just cleared the join of the post and bar. 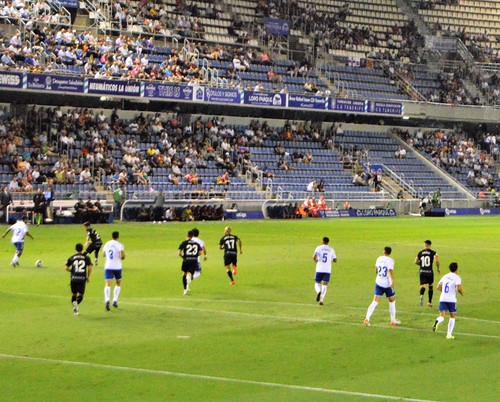 Tenerife fans were hoping for a concerted assault on Huesca after the break but it didn´t come. Ortola was down quickly to save on the floor when the visitors threatened, the ball rebounded out to Okazaki whose hard drive was blocked by the Tenerife centre backs, Sipcic and Munoz. Nahuel was having a quiet game, he managed to make an encouraging opening for Gomez but the ball raced ahead of the young striker. The Tenerife squad has a shortage of home grown talent so it was pleasing to see Adeje 21 year old Javi Alonso take over Alberto´s role after 70 minutes. Hopes of a grandstand finish were crushed when Mazan fouled Miguelon, the ref brandished a second yellow card and he was off. American defender Shaq Moore got a run out for Gomez, that signalled an acceptance to hunker down for the draw. Just into November and frustrated supporters sights are already on the January transfer window as the team stagnates in 17th position.