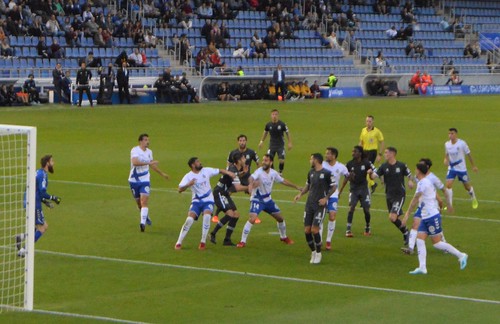 Like a turkey noticing the sage and onion, latest CD Tenerife coach Ruben Baraja must have been squirming when his world fell apart just four minutes into his first home game. Borja Lasso was on the ball and poised to push forward but Alcorcon defender  Miakushkov came flying in from behind and took his left leg from under him, crunching his ankle in the process. The ref was no help and after consulting VAR decided it was just worth a booking as Borja limped off. That set the tone for the afternoon as two poor sides ground out a 0-0 draw.

Before kick off there was hope of improvement, Alex Bermejo returned from injury to bolster the attack and Munoz resumed his left back role after suspension. The coach was also able to welcome back fit again Luis Milla, initially on the subs bench. Jose Naranjo took over from Borja who needed treatment for his broken ankle at a specialist Seville hospital and will be side lined for the rest of the season. Nothing was expected of forward flop Naranjo and that´s exactly what he delivered, at least Bermejo was keen and his fierce hook shot forced a diving save from goalie Mirales. Alcorcon hadn´t lost away all season but their lack of initiative and ambition showed why they are snoozing in mid table. Stoichkov, their main front man was thwarted by a combination of Alberto and Carlos Ruiz but Luis Perez was struggling with a thigh injury. 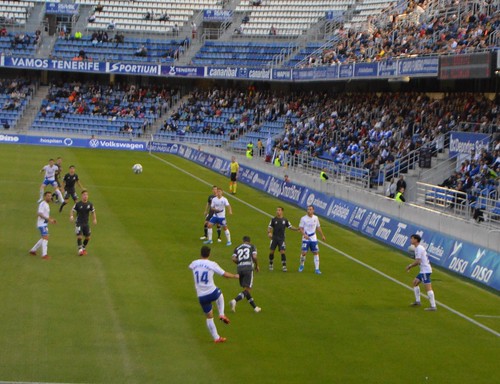 Baraja moved Malbasic to help cover Perez at right back, a strange call as it weakened the home attack, holding midfielder Javi Alonso would have been a more obvious back up. The villain Miakushkov threatened on the visitors left with a free kick that Ortola dealt with easily. Naranjo should have made more of a chase for a loose ball but Mirales showed more urgency. With Perez unable to play on in the second half, USA international Shaq Moore filled the void and showed more aggression making a couple of speedy raids down the right. His cross was deflected over the bar and his next set up wasn´t pounced on by Bermejo or Dani Gomez. Alcorcon didn´t punish a weak defensive clearing header from Alberto and a rushed headed rebound cleared the woodwork. Naranjo fired a poor shot into the side netting and a goal less draw looked an inevitable result. 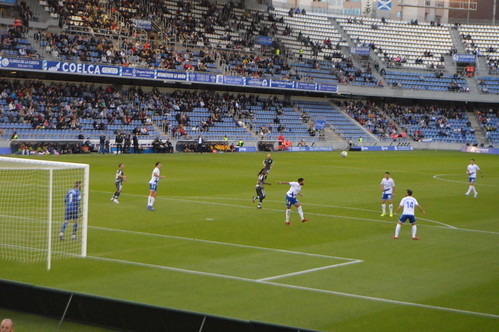 Maybe Luis Milla could unlock the visitors defence after replacing a tired Bermejo. Sadly he sliced a shot off target after Gomez had fed him. Neither side deserved three points, Costa squandered a shot and got no joy with a VAR hand ball call, it clearly struck the home defenders chest. The feel good factor has deserted the Heliodoro stadium along with a drop of 4,000 fans since the previous home game. Calls for the President to resign persisted as despair filled the air. The draw completed the worst ever home streak in the history of the club. Major surgery is needed in the January transfer window but attracting good players to a struggling club isn´t easy, and that´s assuming they can offload the dead wood that is dragging them down.