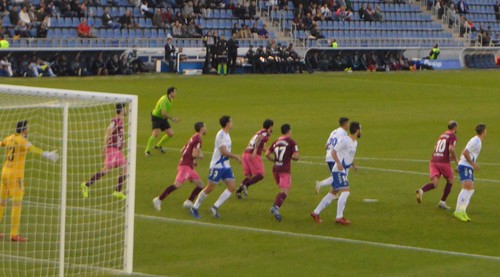 Battered and on the ropes, CD Tenerife had good reason to feel apprehensive about 2020 but a vintage display from 34 year old captain Suso and a home start goal for 18 year old Jorge Padilla led the gloom busting in a 4-2 win over Albacete Balompie. Injuries forced changes on coach Ruben Baraja and produced a sprightly start. Luis Milla stung the Albacete goalies hands after a good build up Nadal added a finger tip stop to partly stop a long drive, Dani Gomez flicked the loose ball to the buzzing 18 year old forward Jorge and his cool, clinical finish produced a 10th minute lead. 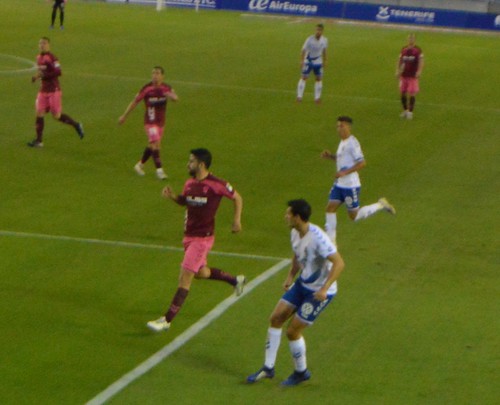 Albacete´s  Azamourm blasted a shot over the home bar and Carlos Ruiz robbed Fuster with a crunching tackle. Dani Hernandez, back in goal for the injured Ortola, had already looked at ease when guiding a roque Albacete shot wide off his post. Tenerife looked confident and comfortable on the ball, Milla was back to something like his best form and Jorge and 20 year old Elliot Gomez were banging the drum for the clubs youth policy. Milla showed great vision to pick out Dani Gomez with a fine pass, Nadal had to be alert to stop his shot. 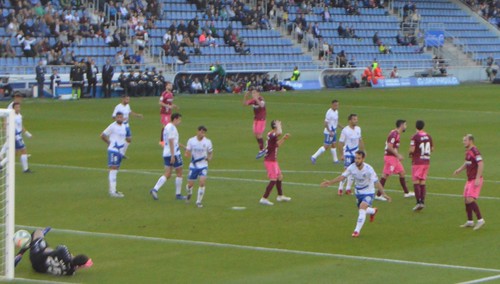 Before the game Suso had received an award for completing 300 games in a Tenerife shirt, the total would have been much higher but he had a few years away from his home club, including a year in Fuerteventura where a 7 year old Jorge was just starting out. The captain continued to defy the march of time with another passionate performance highlighted by his powerful run to leave defender Benito in his wake before burying the ball for a 2-0 lead just before the break. Suso had more sparkle to add less than ten minutes into the second half, deep down the right wing he delivered the perfect ball that took out two defenders and found the feet of Dani Gomez to stretch the lead. The skipper nearly worked his magic again when he took the ball into the post and was only denied by Nadal. 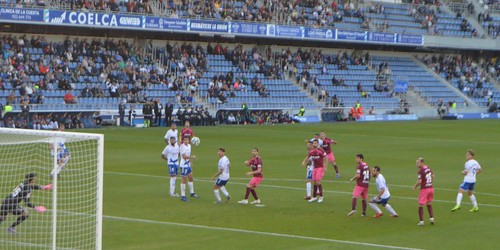 Albacete were a poor side but managed a brief fightback. A corner found the head of Rey Manaj who scored despite the attention of several markers. Then a few minutes later old defensive worries returned when Ojedo nipped in front of Carlos Ruiz to tap in a second goal. Tenerife shuffled the pack and brought on the defensive Undabarrena for Jorge, closely followed by Shaq Moore on the right for Suso, both departed to deserved ovations. Alex Muñoz pushed forward from defence to show his attacking qualities, a neat interchange with Dani Gomez didn´t quite work but helped to put the pressure back on the visitors. Javi Alonso was the last home sub replacing Elliot, Javi is another of the rich crop of home grown talent and in just a couple of months has become a fixture in the senior squad. 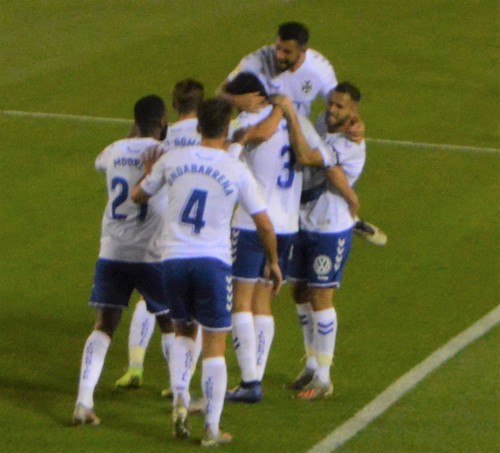 A big finish would have capped an encouraging return to for Tenerife and they delivered it via an individual pearl from Muñoz who made a swerving run from deep and unleashed a shot worthy of an experienced striker to make it 4-2. It seemed everyone wanted to get in on the act, Undabarrena is known more for his defensive qualities but let rip with a fierce blast that Nadal had to look lively to grab. The victory was a relief after the recent free fall of results and was achieved without injured key players like Ortola, Bermejo and Borja. The January transfer window is going to be a key ingredient to Tenerife climbing away from the drop zone so it was noticeable that Narnanjo, Mierez, Sipcic, Lopez, Dos Santos, and Malbasic didn´t see any action, at least a couple of them should be leaving in the next few weeks.