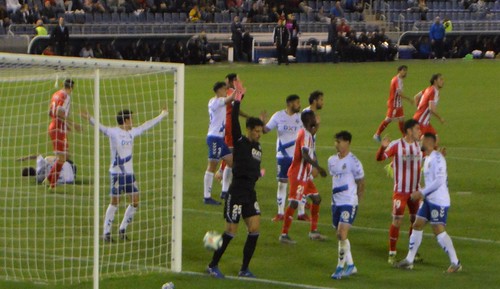 Shackled, blunted, and generally frustrated. Even 18 goal Stuani didn´t get a look in for visiting Girona as CD Tenerife gave a 1-o defensive master class. It took just eight minutes for fit again Nahuel to storm down the left, beat two markers, and side foot the winning goal. The unlucky striker didn´t have time to celebrate as he pulled up injured and had to be replaced. That adversity merely toughened CD Tenerife´s resolve. 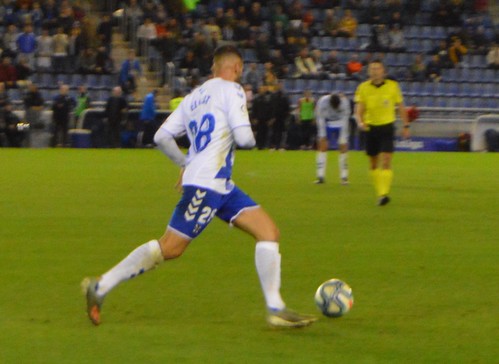 Former Middlesbrough striker Stuani soon got the message as Alberto expertly blocked his progress. Back to his inspired best, Alberto and central partner Carlos Ruiz formed a formidable barrier for the Girona team. Luis Perez polished up his own skills as well with four text book interventions in the first half, it was stirring stuff for the 9,454 crowd. Girona arrived with big money backing and big ideas but they counted for nothing against the hard work and pride of their hosts. Surging left back Mojica was a danger with his tricky runs but even he was overwhelmed by the brick wall in front of him. 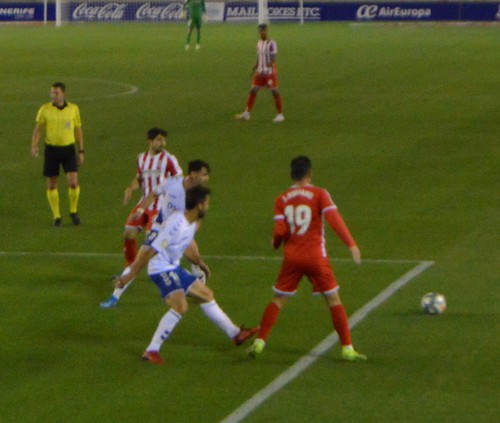 Diamanka had the only clear Girona chance of the first half, heading wide  from a long threaded pass. Borja Garcia was confident with a turn and shot 10 minutes after the break but Dani Hernandez got his body behind it for a solid save, one of many he contributed to the game. Jozabed saw the big pink goalies gloves swallow his later attempt, Dani  has been enjoying a second lease of life after getting his starting role back. There was no shortage of effort from the home attack either. Dani Gomez led the line with endless running and a nose for a half chance. Coach Baraja arrived in December pledging to make Tenerife hard to beat, his replacement of forward Jorge with holding midfielder Undabarrena underlined that commitment. As the game neared its end, Elliot had a close effort and Dani punched away a desperate Girona attempt. The Tenerife players euphoric reaction to the final whistle showed their pride in a job well done and hopefully a turning point in the season.