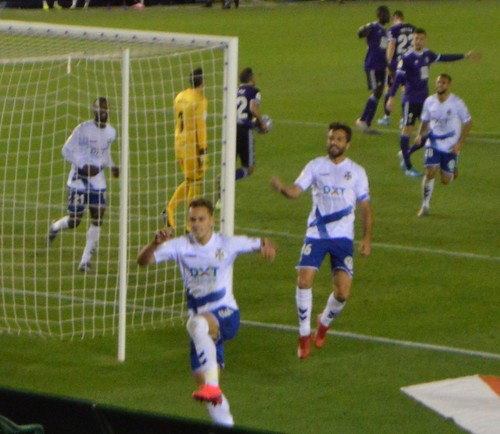 Talk about a slow burner. There were wholesale changes to the regular line ups of CD Tenerife and Real Valladolid and it showed in a half pace first half, but the home side grabbed the game by the scruff of the neck after the break to win this Copa del Rey (Kings Cup) tie 2-1. The Tenerife starting line up was particularly baffling with full back Shaq Moore wandering in a midfield no mans land and surplus defenders Sipcic and Isma Lopez could have put a card in a newsagents window to get a new club, their play was so poor. Ortola started back in goal and was relieved that Sandro hit his early strike straight into his body. Javi Alonso ha a let off when he miss timed a defensive tackle and it was all far from a feast of football. It was a different story in the second half as both sides warmed to their task. 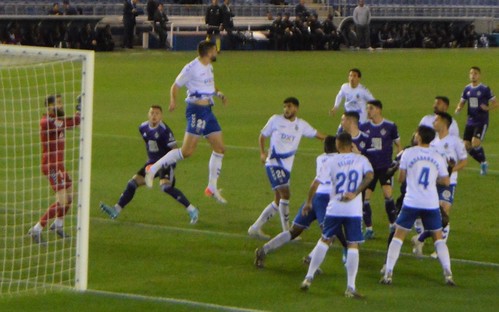 Elliot was getting some good home crosses in, new signing Joselu showed that he would be a real asset up front with his heading ability. Sandro made the break through though with a shot that was only part saved by Ortola, he showed nifty footwork to tuck the loose ball in the goal.  Lopez got adventurous and unleashed a shot that just missed the Valladolid post as belief spread through the home side. Just after the hour, Elliot launched another teasing cross and Joselu rose between the markers to head the ball down and past the goalie. That raised everybody spirits and the arrival of sub Dani Lopez for Joselu cranked up the forward momentum. The 20 year old strikers first chance came when he latched onto a deep pass but couldn´t squeeze it the right side of the post.

Both sides changed keepers, Dani Hernandez continued his recent solid form to ensure the tie stayed finely poised. Dani Gomez was a real livewire as always, his enthusiasm rubbed off on his team mates and the 8,408 crowd. The cold night air and the glare of the floodlights promised a little bit of magic to come, and it did. Into the final five minutes and the charge was on, Dani was just short of reach to poke a squirming ball past the struggling goalie but the next surge was more fruitful. Sandro had a mixed night for the visitors but his lingering memory will be of his clumsy push on free flowing Dani Gomez that brought a penalty. From the moment the striker put the ball on the spot his determination was clear and he sent the keeper the wrong way to claim the lead and hurdled the boards to milk the fans applause. 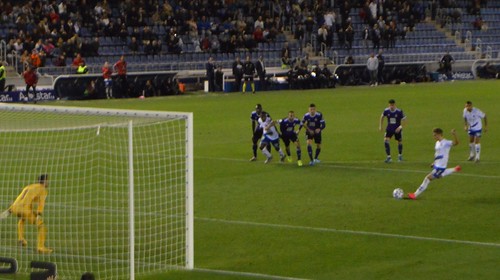 The final few minutes were full of celebration, cup success has been elusive in recent seasons so the outpouring of joy went on after the ref had signalled the end of the game. Two home wins on the trot is not to be sniffed at, with the derby at Las Palmas and a possible La Liga giant at home a few days later in the next cup round, the smiles are back among the CD Tenerife fans.