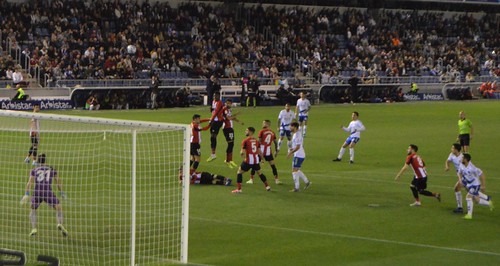 Six open play goals, extra time, a penalty shoot out, and two players sent off. But those dramatic ingredients were just tasters of the sumptuous feast of football as CD Tenerife´s Copa Del Rey dream ended in glorious failure, losing 2-4 to Athletic Bilbao on penalties after a 3-3 draw.  Bilbao goalie, Herrerin floored Shaq Moore as he jumped for a high ball just five minutes into the game, and a late VAR call ensured a red card for him and a penalty for his replacement Ezkieta to face. Joselu slotted the ball past the new keeper and ignited the 17,484 crowd that included a good sprinkling of Basque fans mixed with the home supporters. 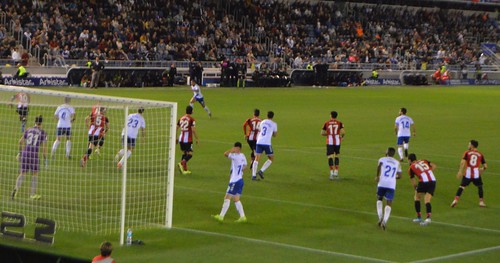 It was already brewing into a great celebration of the good things in football, and Bilbao striker Inaki Williams received wide spread applause and the chanting of his name during the ninth minute from the home fans as a show of disgust at his racial abuse from Espanyol fans in his last game. The young striker was one of the jewels in the star studded line up from the La Liga team and showed his goal touch after 17 minutes from a Yuri raid down the left. Home coach Ruben Baraja has cultivated a growing resilience among the Tenerife players, it shone brightly just a few minutes later. Elliot found a burst of speed and cut in wide behind two defenders before setting up Joselu to restore the lead. 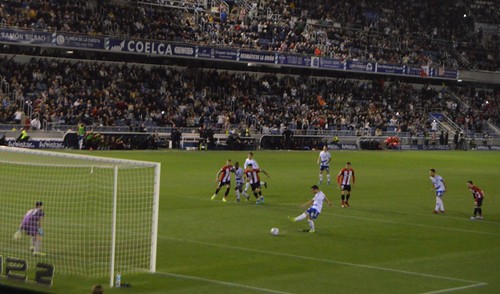 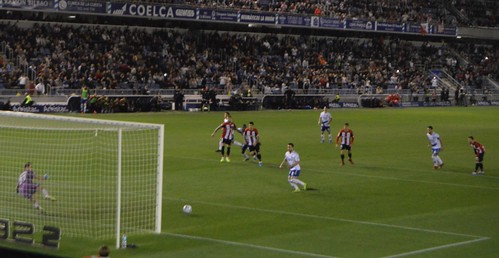 Even a player short, Bilbao looked a class outfit, they seemed to have more time on the ball, better options, and a willingness to spread the play quickly. Ortola had to make a couple of good saves to guide Tenerife to the break, and he carried on after the restart by tipping another chance aside. A little confusion between a Milla back pass and Javi Alonso´s stretch to intercept the ball, left the door ajar and Inaki didn´t need a written invite to pick out the back of the net to square the scores. It was all finely poised and the atmosphere in the stadium was red hot as the home fans turned up the volume. Extra time was looming, not an ideal situation with vital league games ahead and several key players injured, but the magic of the night swept the players along with it. 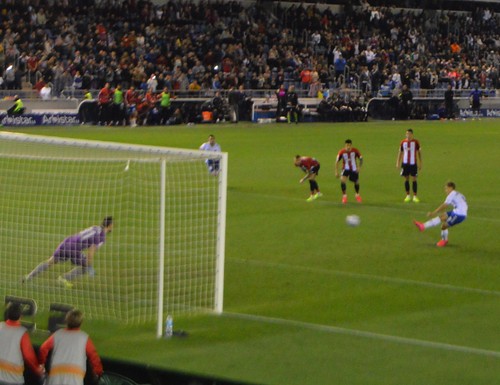 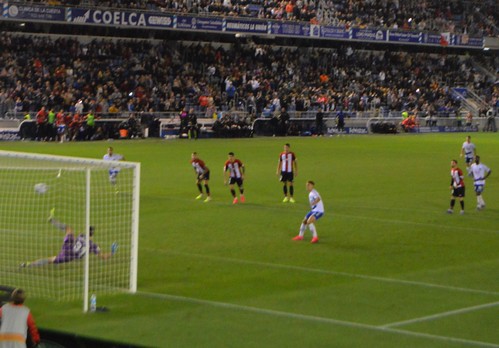 So 15 minutes each way was the next hurdle. Dani Gomez was brought on for Undabarrena, a positive attacking swap to show Tenerife´s ambition. Play got more frantic as nerves frayed, Dani got brought down by some sturdy tackles but shrugged them off and continued to battle. Carlos Ruiz got an unwelcome second sending off in consecutive games when his loose tackle on Inaki earned a second booking. The continued threat of Dani Gomez brought its reward, Leicue chopped him down in the box and the ref pointed to the penalty spot. The 21 year old showed nerves of steel to convert the kick with just five minutes to hang on for a momentous victory. 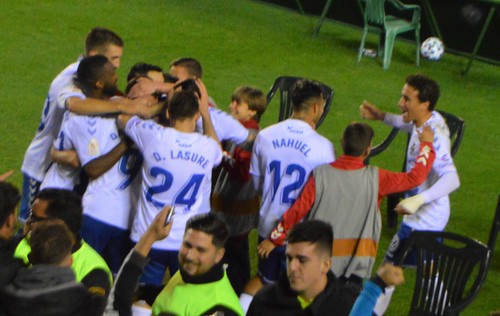 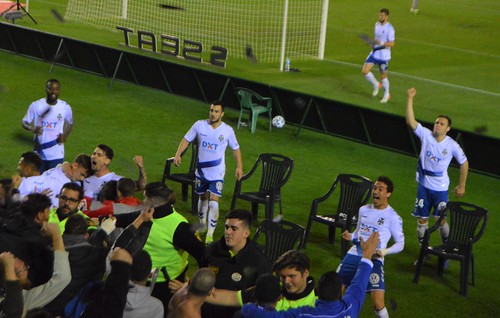 There was more drama to squeeze out. A loose ball outside the home box was crashed in to the Tenerife net by Yuri and the agonising remaining three minutes ebbed away to usher in the dreaded five penalties each ordeal. Bilbao led the way and the alternate shots were finished with precision until Joselu put the ball over the bar. After Vilalibre netted, the pressure was all on Shaq Moore who missed. It was a cruel end but the Heliodoro was bouncing with pride and praise. Tenerife gained so much from their performance and will look to use it as a springboard to continue their improvement and rise away from any relegation threat.