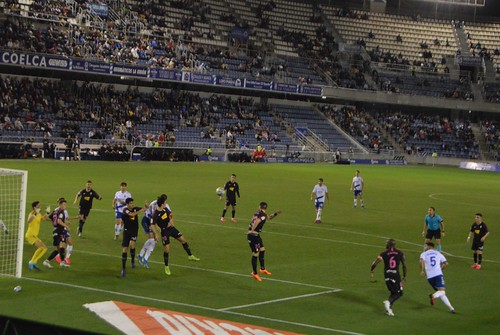 Riding the wave of confidence from their improved form, CD Tenerife swept Sporting Gijon aside for a 2-0 half time lead. The down side of the epic Kings Cup battles was physical and mental tiredness, leading to Gijon´s 83 rd minute peg back before a tense 2-1 home victory. 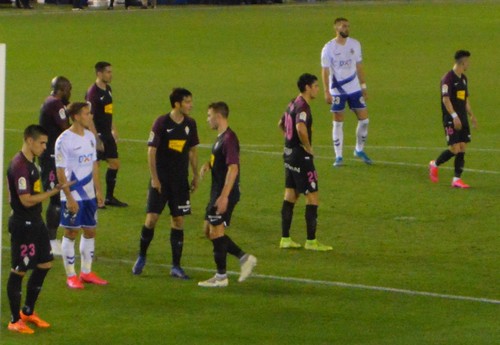 Alberto shielded the ball well and back to Dani Hernandez as Vazquez waited for early scraps. Dani Gomez and Joselu as an attacking pair promised much but it was centre back Sipcic who delivered an eighth minute lead with a powerful header through the midst of the visitors defence. The improving Serbian used his head again, this time at the other end soon after to clear a dangerous shot. Djurdjevic had an ambitious overhead bicycle kick with his back to goal but it trickled wide of the post. Alberto, back to his best form, denied Vazquez with a well timed header and Tenerife looked in control. 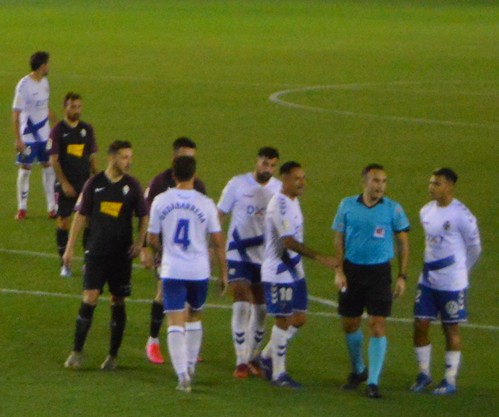 Injuries have blighted Tenerife´s season and it happened again when Dani Hernandez fell to the floor in agony after taking a goal kick. Treatment got him to his feet briefly but he was clearly in distress and had to go off , later diagnosis said an injured abductor muscle and at least five weeks side lined. Ortola took over between the sticks and a second goal in injury time put some welcome distance between the teams. Dani Gomez made the run into the box, Gijon half cleared and Joselu struck the rebound for his fourth goal in four games since arriving from Real Oviedo. Djurdjevic powered a header at Ortola to open the second half, the replacement keeper was equal to it and gathered the ball with ease. 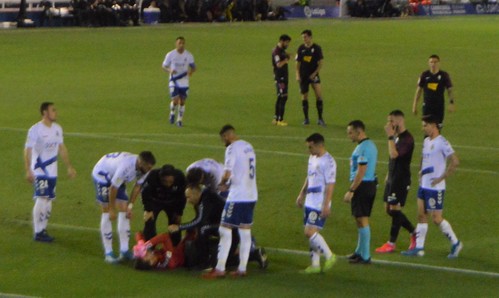 Good interplay between Dani Gomez and Joselu hinted at a blossoming partnership but Dani fired straight at the goalie. Nahuel sliced a shot over the bar and Ortola made the goalies union proud with a smart save under pressure. Coach Baraja could see his players batteries running down and opted to sit back on the lead by bringing on Undabarrena for Joselu. As the home pace slackened, Luis Perez showed some speed down the flank and dropped in a tempting cross that the Gijon keeper plucked out of the air. Alex Muñoz for Nahuel was another safety move but it didn´t prevent a Pablo Perez goal as he slipped in between Alberto and Sipcic and finished smartly. 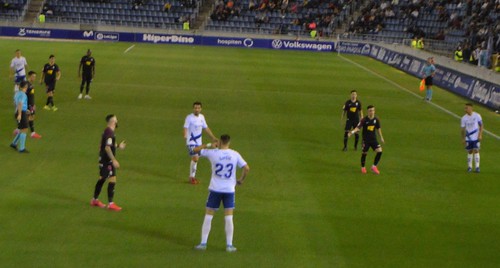 Tenerife did enough to play out the final seven minutes to keep them just above the relegation zone. The next few hours added to the upbeat mood as the club rejected a 2.5 million euro Girona offer for Luis Milla. The January transfer window was a positive one for Tenerife, Joselu has settled into scoring form, Daniel Lasure from Zaragoza had a steady home debut at left back, and late arrival midfielder Javi Muñoz from Alaves, and centre back Lluis Lopez from Espanyol are waiting in the wings. Trimming the wage bill, the club farmed out top earning shot shy strikers Malbasic (to Cadiz) and Naranjo to Lanaraca of Cyprus.