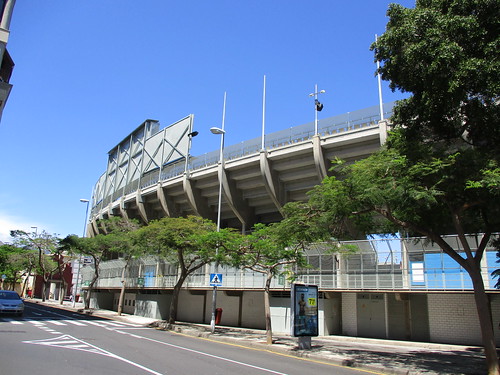 Just a sight and a touch of the Heliodoro Stadium in Santa Cruz brought memories flooding back. It was 15 months since fans were allowed in to worship CD Tenerife, and for the final game of the 2020-2021 season, a small group of Armada Sur members popped up to make a couple of pre match presentations.We had hoped at least some fans would be let in the ground for the final game but that hope was dashed. 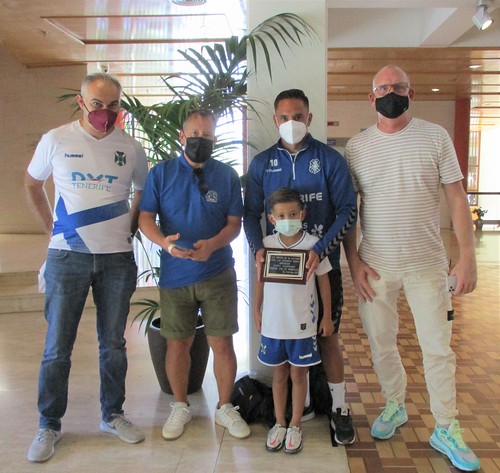 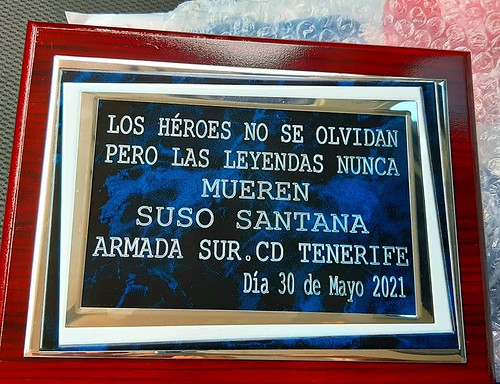 Captain Suso Santana was the focus of much speculation and attention in what could be his final game wearing the shirt with boundless pride. The 36 year old local born forwards contract expires in June 2021 and no news of a years extension has come from the club. Either way we wanted to mark his superb service, Suso is loved by the fans and plays his heart out for CD Tenerife. The commemorative plaque summed it up. “Heroes are never forgotten and legends never die.” Over 100 fans turned up outside the teams pre game hotel, across from the ground, to praise and support Suso – and to give a gentle nudge to the club management. There was also the Armada Sur player of the season award to bestow on USA international Shaq Moore. The right sided player from Powder Springs, Georgia has made a big impact in defence and supporting the attack from the wing. 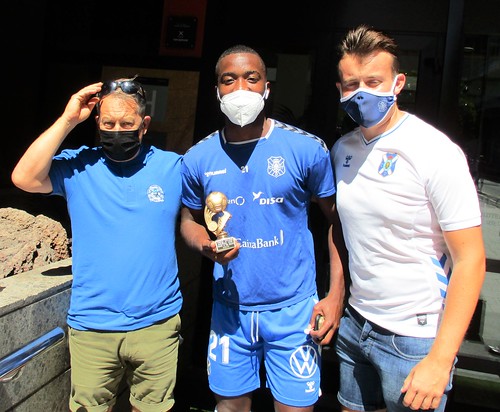 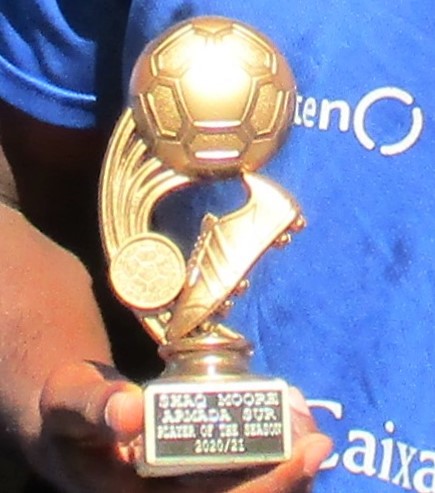 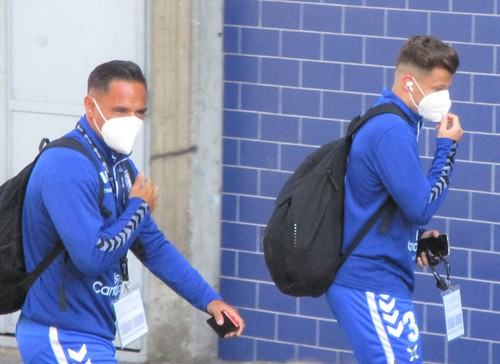 Real Oviedo were the visitors, neither side had anything to play for, guaranteed a safe mid table position. The ref decided he would be the star of the game by showcasing the weaknesses of VAR. Oviedo took a 6th minute lead after a Dani Hernandez punch out wasnt cleared away, leaving Sanchez to score. The second half opened with Vada being floored by an Oviedo player, it took the ref an age to consult VAR and give the blatantly obvious penalty that Fran Sol finished with ease. 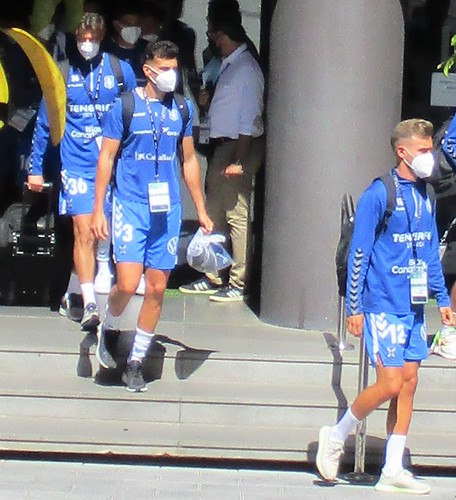 The script writer, or rather coach Ramis, set up a dream scenario when Suso came off the subs bench just after the hour. Just 15 minutes later English forward, Samuel Shashoua was pushed to the floor and there was only one man who could take the penalty on such a day. Suso looked as cool as ever to beat thr goalie and give Tenerife the lead.In the current climate, dreams dont always´thrive, with six minutes of time added on, Oviedo pushed forward and Blanco bundled in the leveller for a 2-2 draw.

Coach Ramis is another CD Tenerife employee who´s contract is about to expire, there´s a lot of discussions ahead for the club. At least we got a glimpse of the future, Jorge Padilla came on as a late sub, and Felix, another young gem got a few minutes towards the end. Whatever happens, the fans will be ready to return next season and will once again pump passion and emotion into the grand old stadium.